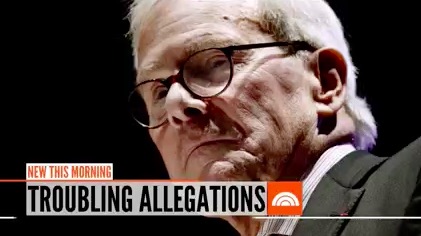 NBC’s Today show once again found itself reporting on one of their colleagues this morning.

“Another former NBC anchor, Ann Curry, is speaking out, along with others, criticizing the NBC News division for what they say is an atmosphere that enabled sexual misconduct and made it difficult to report,” said Snow.

Curry spoke out to The Washington Post telling them, “I told management they had a problem and they needed to keep an eye on him and how he deals with women.”

NBC maintains the Today show and NBC News managers who were there when Curry made the complaint, are no longer with the network.

Lauer denies the allegations against him, including two new reports, telling the Post, “I have made no public comments on the many false stories from anonymous or biased sources that have been reported about me over these past several months. I remained silent in an attempt to protect my family from further embarrassment and to restore a small degree of the privacy they have lost. But defending my family now requires me to speak up.”

I fully acknowledge that I acted inappropriately as a husband, father and principal at NBC. However I want to make it perfectly clear that any allegations or reports of coercive, aggressive or abusive actions on my part, at any time, are absolutely false.

Five months ago to the day, Savannah Guthrie and Hoda Kotb emotionally opened the Today show reporting on the firing of Lauer.

Brokaw has denied the detailed allegations made by former NBC News anchor Linda Vester, which she says occurred in 1994 and 1995.