NEXT:Chris Wallace Takes Aim at Pres. Trump, and Defends a Free Press During Wednesday Event at the Newseum
PREVIOUS:Good Morning America Looks Back at Stories That Defined a Wild 2019 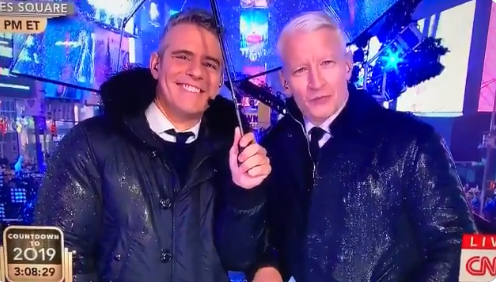 CNN announced today that Anderson Cooper and Andy Cohen will team up for the 3rd consecutive year as co-hosts of CNN New Year’s Eve Live. The special will air Tuesday, Dec. 31 at 8 p.m. ET.

At 12:30 a.m. ET, Brooke Baldwin and Don Lemon will count down from Nashville, and not New Orleans, as the Central Time Zone rings in the New Year.

Leading up to New Year’s Eve Live with Anderson Cooper and Andy Cohen, will be All the Best, All the Worst 2019, a one-hour special hosted by Tom Foreman on the highlights and lowlights of the past 12 months in politics, pop culture, the economy and entertainment. The special airs at 7 p.m. ET.

New Year’s Eve is of one of the most raucous nights of the year, and CNN does not hold back. At least they haven’t for the previous 11 New Year’s Eve Live broadcasts.

Kaye, an AC360 correspondent, reported from on a yacht in St. Barth’s last year, where she consumed champagne from a massive bottle poured into her mouth by a guy dressed as Superman.

During the countdown to 2018 broadcast, she checked in from Denver aboard a Cannabis Tours Puff, Pass and Paint Party bus, and she was seen inhaling out of a gas mask bong. 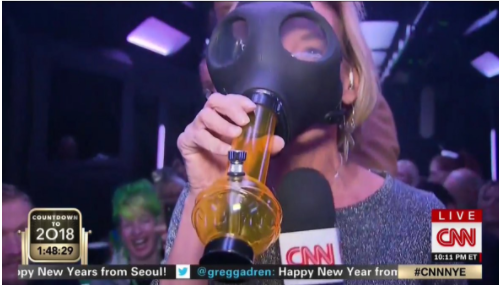 Cooper showed America last year that he isn’t a fan of tequila. His reaction to ripping a shot on-air during last year’s broadcast went viral.

Kate dashes off email to management asking if we shouldn’t consider having a show where @andersoncooper just does shots… #CNNNYE #HourTwo pic.twitter.com/qYK9sx9rhi