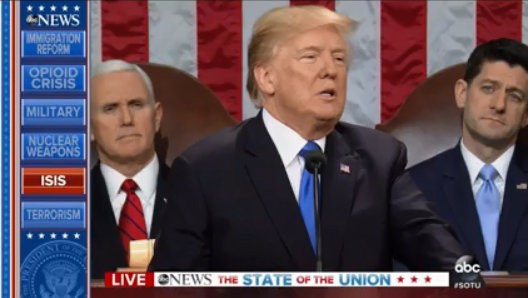 NBC News created an interesting tool where one can see a comparison of the most frequently used words by American presidents in their first State of the Unions, from President Lyndon Johnson to President Trump.

For President Trump, the most frequently spoken words last night were “American,” “Americans,” “America” and “people.”

There was a heavy use of “Americans” and “people” in Barack Obama‘s first State of the Union Speech (2010) as well. But unlike Trump’s, those words didn’t dominate the speech. Other frequently used words were “jobs” and “work.” A heavy use of these words makes sense considering the country was dealing with the Great Recession. 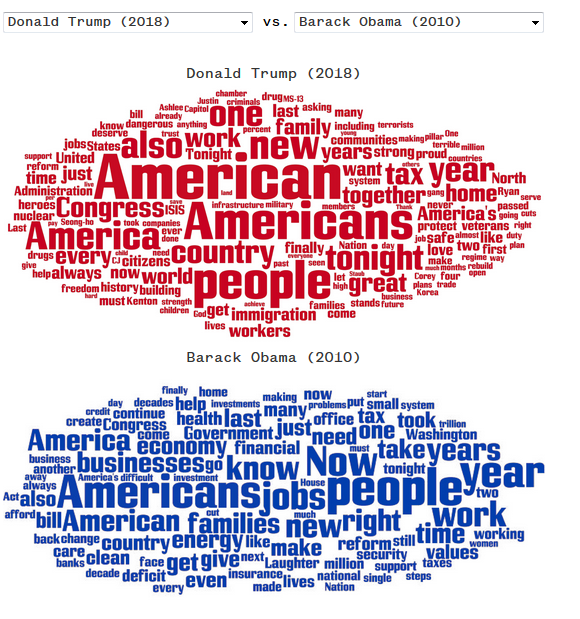 Similar to Trump, George W. Bush‘s first SOTU (2002) had a heavy use of the word “America.” There was also a heavy use of “weapons” and “security.” This lines up with the fact that Bush’s address took in the months after Sept. 11. 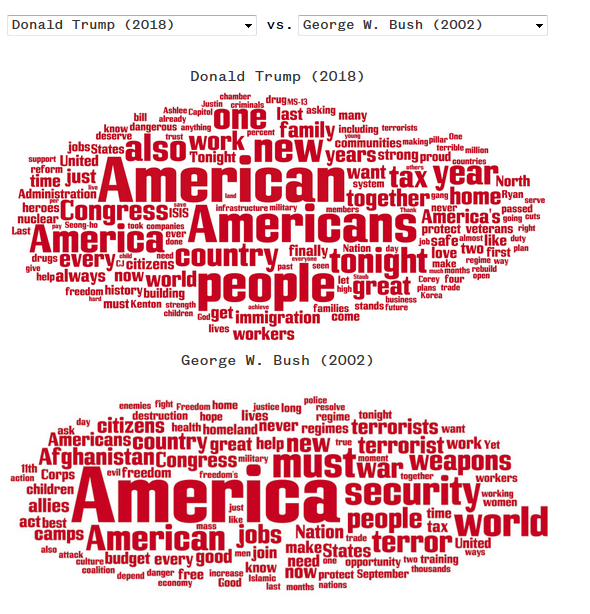 In 1994, when Bill Clinton gave his first official State of the Union address, the words “health” and “care” stood out, as did “people.” 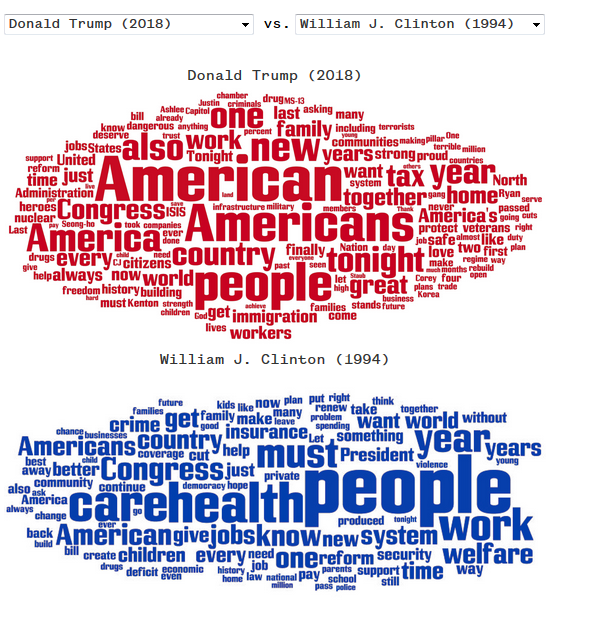 Like Trump’s, George H.W. Bush‘s first SOTU (1990) included a heavy use of “America” and “American.” But unlike the current president’s, Bush 41 said “world” a lot. 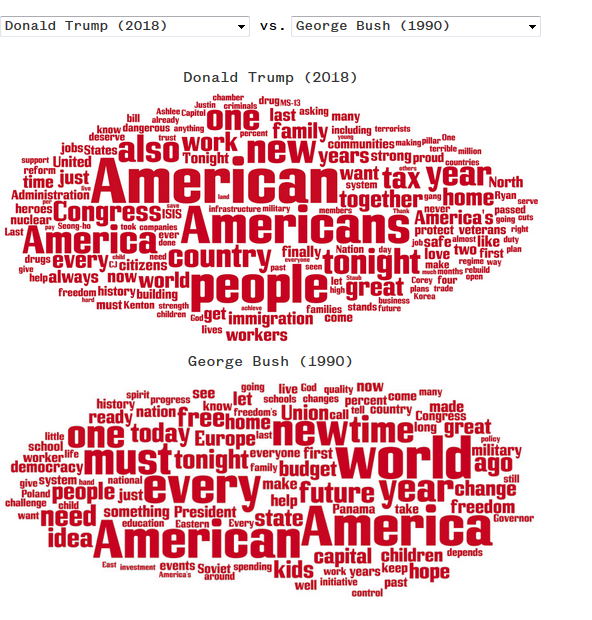