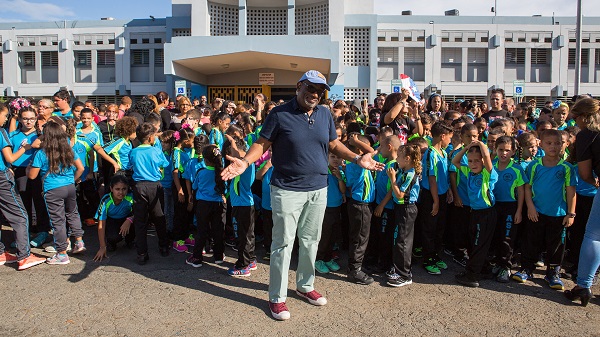 For decades, Al Roker has left the Today show studio to report on some of the toughest obstacles Americans face in the aftermath of natural disasters.

This week, the famed weatherman is traveling to some of the areas hit the hardest by Hurricanes Irma and Maria, including Texas, Puerto Rico, St. John and Florida, as part of the morning show’s Lend a Hand Today series.

“We did ‘Lend a Hand’ for about 12 years before letting it rest for the last couple,” Roker told TVNewser. “We decided this year would be a perfect time to bring it back because such a wide swath of our citizens needed help more than ever due to these natural disasters.”

Roker was in San Juan this morning, helping deliver 35,000 pounds of supplies to neighborhood schools, along with a $100,000 donation to the Puerto Rico Department of Education.

“What is so amazing is the attitude and spirit and excitement of not only the teachers and administrators, but the students as well,” said Roker. “I think the fact that they were just all in school together was a great gift. Most of the schools don’t even have electricity. The school we were at, Martin Garcia Giusti had been open two days. Anything we brought them was just icing on the cake.” 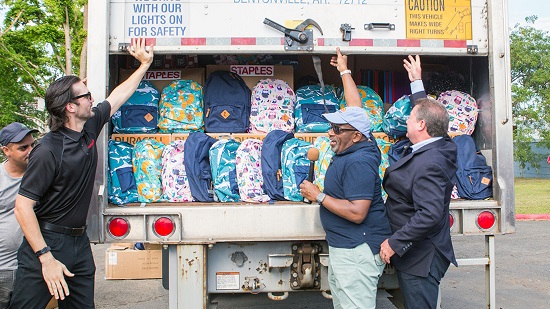 As Roker mentioned, we’re roughly two months removed from when Maria made landfall, and thousands of Puerto Ricans are still without power and remain in desperate need of assistance.

“The damage is really pretty widespread and while you can see pockets of progress there is still so much to do, and that goes for the Virgin Islands as well,” Roker explained. “We were there earlier this afternoon helping to donate a portable X-ray machine and crash cart from the Bloomberg Foundation for the one lone health facility that’s left open on the island.”

“The spirit and termination of the people and volunteers is really awe-inspiring.”