NEXT:Fox News, MSNBC, No. 1 and No. 2 on All of Cable
PREVIOUS:Scoreboard: Monday, March 12 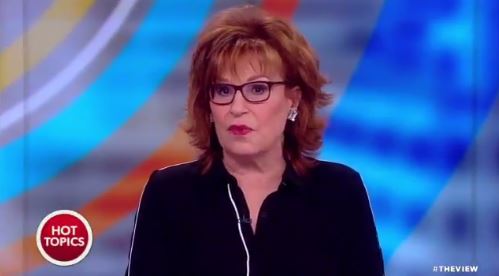 On Hannity last night Vice President Mike Pence was asked about the apology he got from The View co-host Joy Behar, who’d criticized Pence’s faith.

“Criticism comes with public life,” Pence told Hannity. “But I felt it was important that I defend the faith of tens of millions of Americans against that kind of slander.

And I give Joy Behar a lot of credit. She picked up the phone. She called me. She was very sincere, and she apologized and one of the things my faith teaches me is grace; forgive as you’ve been forgiven. I said to Joy, ‘of course, I forgive you.’ But I did encourage her and I’m still encouraging her, to use the forum of that program to apologize to tens of millions of Americans who were equally offended by what she said.”

So this morning, Behar did. WATCH:

.@JoyVBehar: “I think Vice Pres. Pence is right. I was raised to respect everyone's religious faith, and I fell short of that. I sincerely apologize for what I said.” pic.twitter.com/lhiYHdPlxK

Behar’s comments about Pence reached the top of Disney last week when CEO Bob Iger was asked it about. “I happen to take exception to what she said. It wasn’t right,” Iger said to a questioner at Disney’s shareholder meeting.