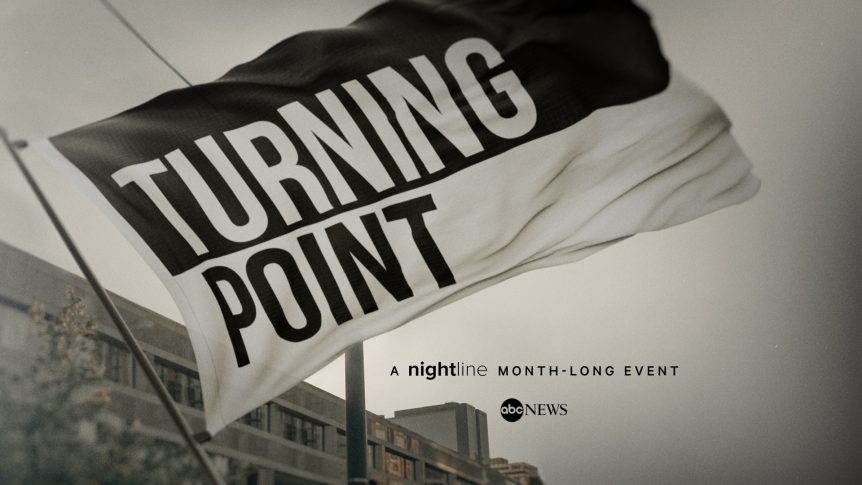 Over the next month, the entire ABC News team is reporting on the racial reckoning that has been sweeping the nation over the past few months, and whether it will lead to lasting reconciliation. Under the Turning Point umbrella, this reporting will spotlight the systems and institutions that were built to disenfranchise people of color and have shaped the U.S. throughout its history and showcase the work being done to enact change.

Turning Point was an hourlong ABC documentary program that aired from 1994-1999, with each episode focused on a single topic.

These four weeks of Turning Point reports will similarly focus on the same topic: systematic racism and racial reckoning.

“Over the past few weeks and months, there has been a fever pitch echoing across the nation for this country to combat and undo its hundreds of years of systemic racism and inequities,” said Marie Nelson, svp of integrated content strategy, ABC News, in a statement. “With these special Turning Point reports our viewers will see our commitment to addressing this pivotal moment. This next month ABC News will provide context, history and hope with meaningful and impactful stories across broadcast, streaming, digital, audio and mobile.”

Highlights of the Turning Point coverage include a three-part Nightline series about reparations, looking at what America owes Native Americans, Mexican Americans and descendants of the enslaved. Muir and the World News Tonight team will look at the racial impact of post-Covid America, as well as how global warming impacts poor communities and how climate change is exacerbating inequality in the U.S.

The Good Morning America team will share the stories of those working toward inclusivity and equality, while GMA3 will profile non-BIPOC who have taken up the fight for social change and justice, and look at how racism affects people’s mental health.

20/20 will profile Vanessa Guillen’s family as they advocate for justice, while This Week co-anchor Martha Raddatz takes a cross-country road trip, from Pennsylvania to Denver, to hear what voters think and feel about the nationwide protests, Covid-19 and the economy.

And Diane Sawyer will take another look at her “True Colors” investigation on racial discrimination in everyday American life.