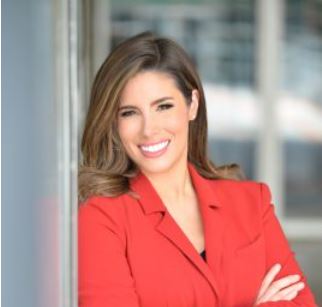 ABC News president Kim Godwin announced Friday that the network has promoted multi-platform reporter Elwyn Lopez to the role of correspondent, based in Atlanta.

Lopez joined ABC as its first multi-platform reporter based in Atlanta in 2020 and has since covered a wide range of stories, including the pandemic, the 2020 presidential election, the Georgia Senate race and the Atlanta spa shootings.

Lopez has covered every major hurricane for the network over the past year, beginning with Hurricane Laura and, most recently, the aftermath of Hurricane Ida, for which she traveled across Louisiana telling the stories of recovering communities. She also covered the 2021 Alabama coal miners’ strike, looking at the battle for workers’ rights and benefits there.

Prior to joining ABC News, Lopez was a reporter at WXIA-TV, NBC’s Atlanta affiliate. As the station’s first journalist to report in both English and Spanish, she covered immigration policies and the impact they had on Georgians. Before that, she worked at CNN where she traveled across the U.S. and overseas covering stories such as the 2015 church shooting in Charleston, the Baltimore protests following Freddie Gray’s death while in police custody, El Chapo’s escape in Mexico and former president Barack Obama’s historic visit to Cuba.

In a note to staff, Godwin remarked, “Elwyn is a skilled journalist with a passion for storytelling. Working alongside Steve Osunsami, our Atlanta team and the rest of the news division, I am excited to see where her reporting takes her next.”