NEXT:Scoreboard: Friday, Sept. 13
PREVIOUS:The Women of The View Remember the Late Cokie Roberts: 'Her Influence and Impact Cannot be Overstated' 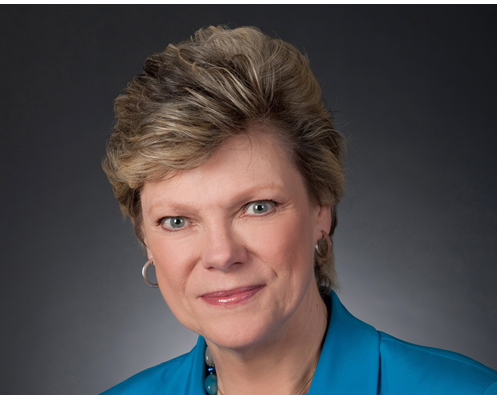 We have some very sad news to report this morning: Legendary ABC Newser Cokie Roberts passed away due to complications from breast cancer this morning at the age of 75.

Roberts is a three-time Emmy award-winning journalist who was recognized with more than 30 honorary degrees, inducted into the B&C Hall of Fame, named a “Living Legend” by the Library of Congress in 2008, and also recognized by the American Women in Radio and Television as one of the 50 greatest women in broadcasting history.

Roberts started at ABC in 1988 as a contributor for This Week with David Brinkley, appearing frequently on the roundtable, and would go on to co-anchor ABC’s This Week with Sam Donaldson from 1996 to 2002. She also served as political commentator, chief congressional analyst and a commentator for the aforementioned Sunday public affairs program during her three decades at ABC. 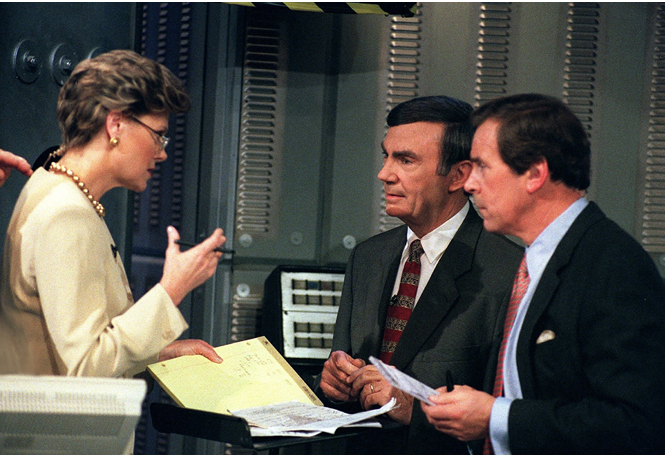 Roberts with Sam Donaldson and the late Peter Jennings

Roberts had recently mentioned a struggle with her health.

“Over the summer, I have had some health issues which required treatment that caused weight loss. I am doing fine,” she said in a statement after an appearance on This Week. “I very much appreciate the kind comments I have received and expect to be, as I have been, working away in the days and months to come, covering what promises to be a fascinating election. I am grateful to everyone who has been in touch and sent their well wishes. Thanks for caring.”

Roberts was diagnosed with breast cancer in 2002 and was successfully treated. When she was diagnosed, she spoke about her longtime work urging women to get regular mammograms.

“Fortunately, in the course of my efforts to inform others about the disease, I learned about the benefits of early detection,” she said in a statement at the time, The Washington Post reported. “Now I am the beneficiary of that information.”

A native New Orleanian, Roberts was born into an iconic Louisiana political family. Her mother was former Rep. Lindy Boggs, who served nearly 18 years in Congress. Boggs was elected to fill the seat held by her husband Thomas Hale Boggs Sr. after he died in a plane crash in Alaska in 1972.

Lindy Boggs was later appointed to be the U.S. ambassador to the Holy See by then-President Clinton in 1997. She died in 2013 at the age of 97.

Here’s an excerpt from James Goldston‘s memo, sent to staff this morning:

“Please join me in sending your thoughts and prayers to Cokie’s family and loved ones. Her family passed along the message below. We will share details about the service when they’re available.

She will be dearly missed. Cokie’s kindness, generosity, sharp intellect and thoughtful take on the big issues of the day made ABC a better place and all of us better journalists.   Please take a moment today to remember an exceptional reporter and remarkable friend.”

Here’s a statement from the family of Cokie Roberts:

“Her loving family announces the passing of journalist and author Cokie Roberts, due to complications from breast cancer, on September 17.

Cokie’s career as a journalist at National Public Radio and ABC News took her to the heights of her profession, and her success as an author on history and family put her on the best seller list.

But her values put family and relationships above all else.

She is survived by her husband of 53 years, journalist, author and professor Steven V. Roberts, her children Lee Roberts and Rebecca Roberts, her grandchildren Regan, Hale and Cecilia Roberts and Claiborne, Jack and Roland Hartman, along with numerous nieces, nephews, and cousins.

She is also survived by friendships and by causes that she put her time, resources and energy into that are too numerous to count.

We would like to thank the staff at the National Institutes of Health for their dedication, expertise, work and incredible care for Cokie during her illness.

We will miss Cokie beyond measure, both for her contributions and for her love and kindness.

We are hopeful that Cokie now goes to join her parents, former Members of Congress Hale and Lindy Boggs, her siblings Barbara, Tom and William, who predecease her, and her God.”