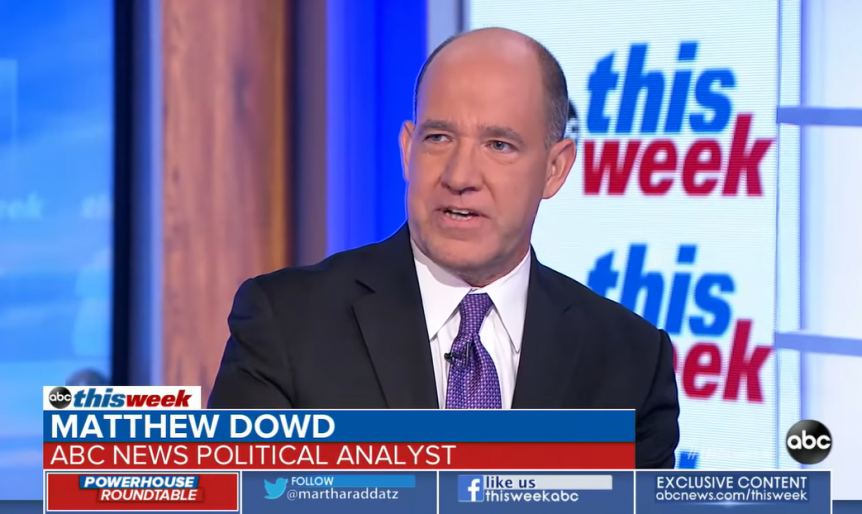 I have decided to end my relationship with ABC News effective January 31. I am going to miss some very good friends there. I am also excited in opening up my head, heart and soul to new ways to serve truth, justice, and democracy. If you all have any good ideas, let me know.

Dowd was the chief strategist for the Bush-Cheney ’04 presidential campaign before joining ABC News in December 2007 as a political contributor. He was elevated to the role of ABC News special correspondent in February 2013 , and was later named the network’s chief political analyst.

Over his 13 years at ABC, Dowd was a consistent presence across all of the network’s political programming, including special event broadcasts (election nights, inaugurations, impeachments, etc.), as well as the network’s Sunday public affairs series This Week.