NEXT:Lawmakers, TV Newsers Mingle at the 10th Anniversary Party for Special Report with Bret Baier
PREVIOUS:Keith Morrison and Kristen Bell Are 'So Near And Yet So Far Away' 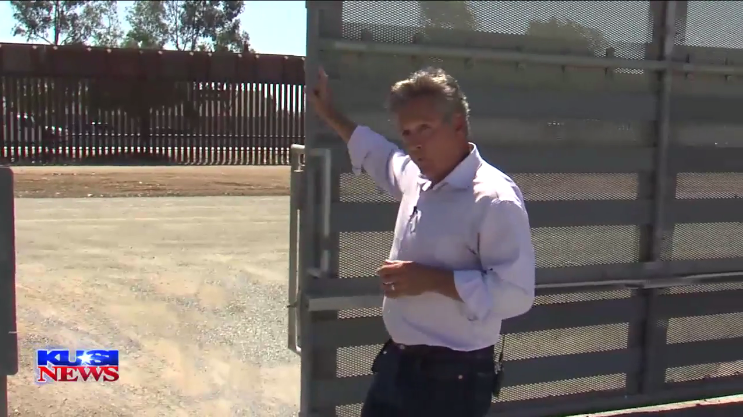 It’s rare to see local news and national news outlets butting heads, but that appears to be the case right now.

A San Diego local TV station, KUSI-TV reported Thursday evening that CNN reached out to them that morning to ask if one of KUSI’s reporters could provide them with a “local view” of the debate around the border wall.

Here’s where it gets sort of odd. The station is claiming that CNN said “thanks, but no thanks” only after they discovered that the reporter, and the station as a whole, support the border wall.

KUSI –an independent station owned by a San Diego-based company named McKinnon Broadcasting– offered CNN Dan Plante, a staff reporter who has filed “dozens” of reports from the border wall.

“We believe CNN declined a report from KUSI because we informed them that most Border Patrol Agents we have spoken to told us the barrier does in fact work,” KUSI reported. “We have continuously been told by Border Patrol Agents that the barrier along the Southern border helps prevent illegal entries, drugs, and weapons from entering the United States, and the numbers prove it.”

The White House tweeted out footage of the on-air report.

MUST WATCH: A San Diego news station reports that CNN called them for a local view of the border wall debate. “After we informed them about our past reports, they declined to hear from us.” pic.twitter.com/mGYWO6ovgL

This morning, CNN’s comms team fired off a tweet in response to KUSI’s report.

We called several local stations to book someone for a show. We didn’t end up booking any of them. That happens many times every single day. We did, however, book a reporter from KUSI for a story on immigration and the border wall in November. This is a non story. #factsfirst🍎