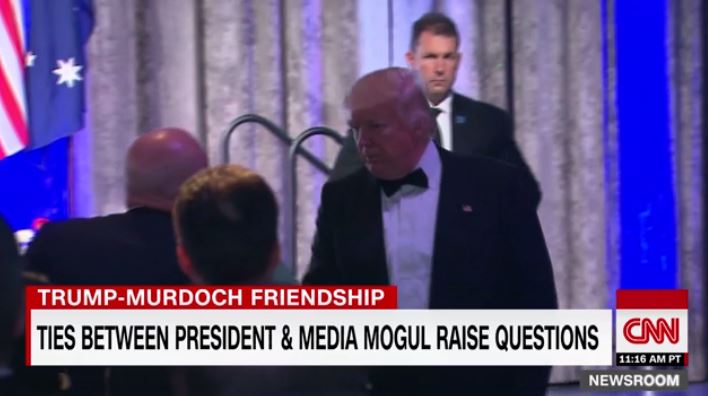 The August 1st dinner at the White House came one day after former Fox Business host and Fox News contributor Anthony Scaramucci was fired from his job as White House communications director.

Back in April, the New York Times reported that Murdoch “is on the phone every week, encouraging Mr. Trump when he’s low.”

The president’s relationship with Mr. Murdoch is deeper and more enduring than most in his life, and the two commiserate and plot strategy in their phone calls, according to people close to both.