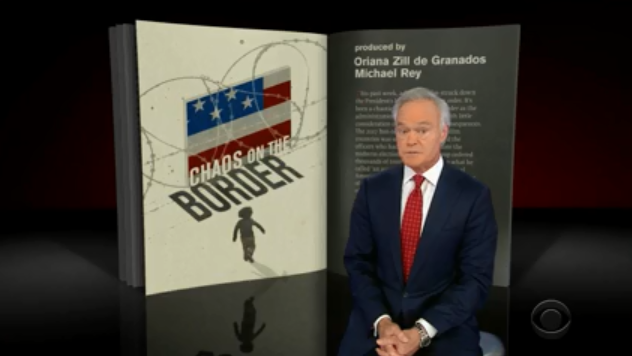 All of the controversy that seemed to hamper 60 Minutes going into the season doesn’t seem to be hurting the show’s ratings.

According to Nielsen live-plus-same-day data, 60 Minutes drew 13 million total viewers, making the Nov. 25 broadcast the No. 5 show of the week in total viewers. The episode also ranked No. 7 for the week among the key A25-54 demo, the one that matters most to news advertisers.

The legendary newsmagazine seems to be on a roll as of late, ranking in the top 10 during four consecutive weeks, and in the top 5 among total viewers for seven of the past nine weeks. Aided by CBS’ highest-rated NFL broadcast of the season, this past week’s edition of 60 Minutes ended up being the most-watched non-sports telecast of the day.

The Nov. 25 edition of 60 Minutes featured Scott Pelley’s report on how thousands of migrant children were separated from their parents at the U.S.-Mexican border, a Lesley Stahl report on the use of robots to clean up the Fukushima nuclear disaster and a look at the Broadway production of the To Kill a Mockingbird, which featured an interview between Steve Kroft and the star of the show, Jeff Daniels.