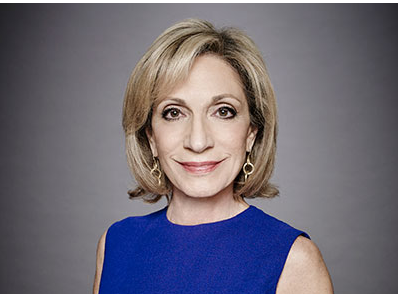 Adweek: What were you doing 15 years ago (in January 2004)?
Mitchell: In January 2004, I was covering the State Department during a key moment of the Iraq war when anti-war sentiments becoming a major factor in the 2004 presidential primaries. John Kerry defeated John Edwards and Howard Dean (remember the “Dean Scream?”) in the Iowa caucuses and launched him toward a victory in the New Hampshire primary – giving him a big boost toward the nomination.

What’s your favorite professional moment of the past 15 years?
On July 4, 2004, I broke the news that John Edwards would be [John] Kerry’s running mate while the New York Post front-page headline that day was: ‘Kerry’s Choice: Dem Picks Gephardt as VP Candidate.’ We had worked around the clock that holiday weekend to try to nail the scoop and avoid making any mistakes and had good intel it was Edwards, but needed a solid second source. It was a good reminder of the importance of taking your time to get it right.

What is the biggest way that TV news has changed over the past 15 years?
Social Media. It has transformed what we do, how quickly we respond to breaking news, and how we engage with our viewers and readers. However, it has also made the electorate vulnerable to manipulation, including by foreign adversaries, as we saw in 2016 and since.

Who have you learned the most from in your career? What did they teach you?
I learned the most from my mentors over the last 40 years at NBC News and MSNBC. Chiefly, the late, great Tim Russert, with whom I worked most closely but also other correspondents, anchors, producers and executives. Tim taught me to never stopped digging for the story behind the story. He also was one of the best interviewers I’ve ever known. He taught us all the importance of research – knowing more about the person you are interviewing than that person may recall themselves. More so, facts have never been more important than they are today. Tim would love Chuck Todd carrying on in that tradition and the continuing success of Meet the Press.

Which of your competitiors do you admire?
I admire most Judy Woodruff, my friend of forty years from our days covering the Reagan White House at NBC News before she went on to stellar careers at PBS, CNN, and now anchor of the PBS NewsHour. I admire her keen intellect, kindness, empathy, her incredible work ethic and passion for covering the news. I also am in awe of her lifelong devotion to philanthropic and educational causes. She is a great example for us all.

What do you know now about the business that you didn’t 15 years ago?
I never imagined that what felt like an accelerating velocity of 24/7 cable news would now become an unending stream of breaking news every nanosecond.

What has been your toughest professional challenge during the past 15 years?
Being a woman in a profession dominated for generations by men. It has changed somewhat, but there is still work to be done.