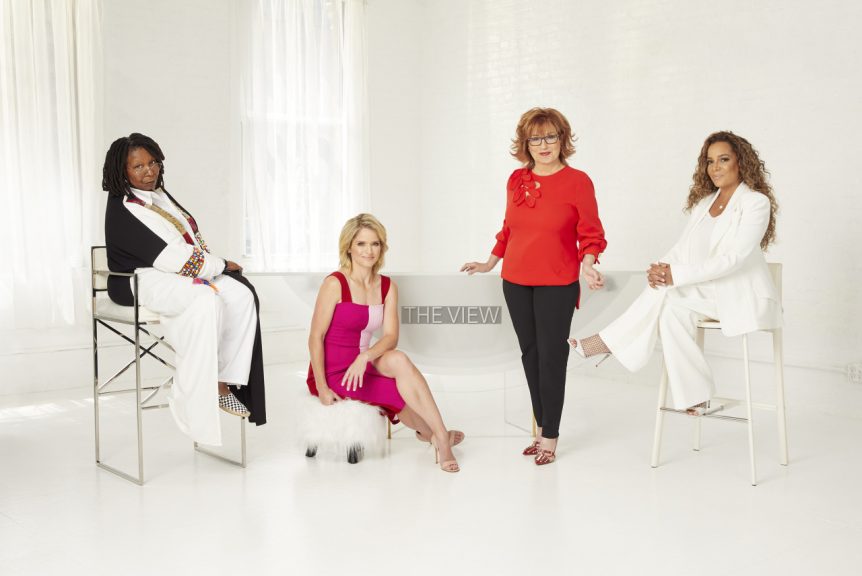 The 25th season of The View is set to return to its New York City studio on Tuesday, Sept. 7, and the landmark season will look a little different.

Moderator Whoopi Goldberg and co-hosts Joy Behar, Sunny Hostin and Sara Haines will host together in-studio for the first time since March 2020. Political commentator Ana Navarro continues in her role as guest co-host, making regular appearances throughout the season.

Conservative co-host Meghan McCain left the daytime panel talk program in August, and a rotating lineup of guest co-hosts will fill her place this coming season.

Additionally, the women who formerly had a seat at the table will visit The View on Fridays to help celebrate the show’s milestone. For instance, Star Jones returns to guest co-host for the first Flashback Friday and talk about her nine-season run as one of the show’s original hosts, Friday, Sept. 10.

“25 years is such an incredible milestone,” executive producer Brian Teta said in a statement. “We have so much planned to honor this amazing platform that Barbara Walters created. I can’t think of a better way to kick off that celebration than by welcoming the co-hosts back to the iconic View table and to have them in front of a live studio audience again. We have some truly exciting plans to celebrate this anniversary all season long. We’ll be inviting back all of our legendary lineup of former View co-hosts to guest as well as ‘taking a little time’ to find our next permanent cohost to join the panel.”