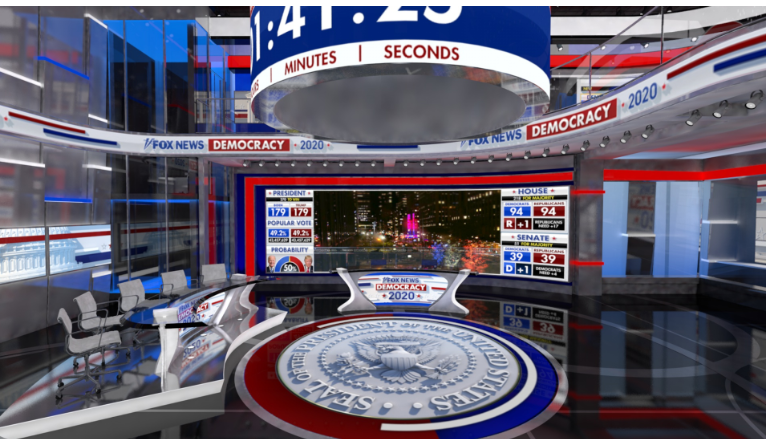 It’s been a wild year in television news. But amid all of the chaos and controversy has emerged one constant: Fox News Channel remains the most-watched network on cable news.

Wall-to-wall coverage of a historic pandemic and presidential election cycle only boosted viewership for the television juggernaut this year. Being the most-watched network on election night didn’t hurt either.

“This ratings milestone is a testament to the incredible work of the Fox News Channel team during a pivotal year,” Fox News CEO Suzanne Scott remarked in a statement. “We are immensely proud and honored to once again serve as the destination for news and opinion in America.”

The fact that there’s a higher percentage of year-over-year growth among adults 25-54 than among total viewers makes sense considering younger viewers are more likely to tune into cable news during an election year than in an off year. The year 2020 was of course an election year, whereas 2019 was not.

However, compared to the previous presidential election year (2016), Fox News performed better in total viewers, but not quite as well among adults 25-54. The network was up +47% in total prime time viewers, +32% among adults 25-54 in prime time, +34% in total viewers across the 24-hour day, and +23% among adults 25-54 across the 24-hour day. One can partially attribute this to the fact that Americans under 55 have increasingly left linear TV for digital over these past 4 years. Cable news isn’t totally immune to this trend (though it isn’t seeing the same drop from 2016 as sports and entertainment programming are).

Now, FNC has seen a bit of a drop in viewership since the election, particularly in the mornings and afternoon hours. CNN pulled ahead of Fox News among adults 25-54 in November and December. However, it’s not enough to offset another full-year cable news ratings win for FNC.

Below are the final 2020 Nielsen live+same-day numbers:

A whopping 24 Fox News shows delivered their largest audiences in network history, led by Sean Hannity, whose 9 p.m. program emerged at No. 1 in total viewers for the 4th consecutive year (4.4 million).

Fox Business Network had a record-setting year as well, led by its firebrand host Lou Dobbs, whose 5 p.m. hour averaged the most viewers of any show on business news TV (305,000).  Stuart Varney’s market-open show Varney & Co. saw a milestone high in total viewers across its live 3 hours (298,000).