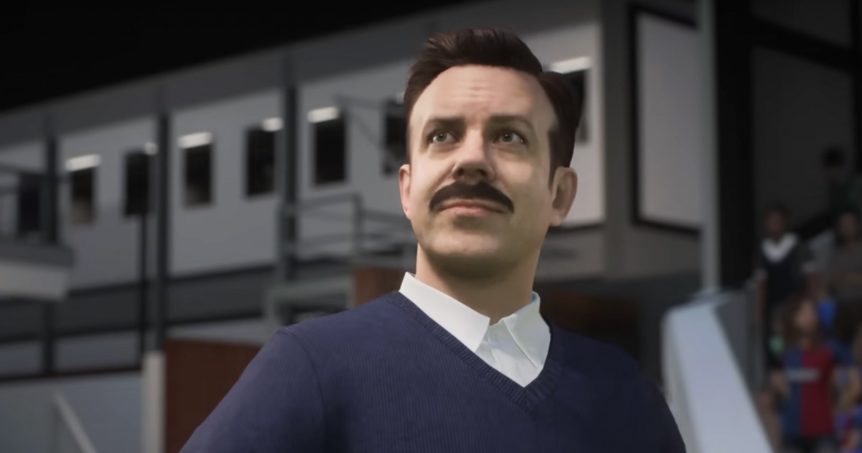 Can you believe it? Ted Lasso and the fictional AFC Richmond team from Apple TV+’s hit comedy series are joining EA Sports’ FIFA franchise in its upcoming FIFA 23 game.

Fans can play as Jason Sudeikis‘ beloved manager Ted Lasso in Career Mode for AFC Richmond or any team they choose. Players can also choose a real-world licensed manager or build their own Manager to run AFC Richmond and create a Player and join the AFC Richmond team.

“As long-time fans of EA SPORTS FIFA, having Ted Lasso and the whole AFC Richmond squad incorporated into the newest version of the game is truly a dream come true for myself and the rest of the fellas,” Sudeikis said in a statement. We look forward to our fans having the opportunity to play with, play as, and even play against their favorite AFC Richmond characters.”

“In a short time and with limited prior experience, Ted Lasso has become a cultural phenomenon, bringing the passion of football and the power of belief to life for millions of fans across the globe,” said David Jackson, vp of brand for EA SPORTS FIFA. “We’re thrilled to welcome both Ted and AFC Richmond to FIFA 23.”

“It is so f***ing cool to be in FIFA. I’m not sure this is going to help dispel the CGI rumors, but f*** it, totally worth it,” Goldstein said. “I look forward to beating my nephew in a game with me as Roy Kent and him as Jamie Tartt. He’s gonna be furious.”