NEXT:Fantastic Beasts: The Secrets of Dumbledore Arrives May 30 on HBO Max
PREVIOUS:HBO Max: What's Coming and Going in June 2022 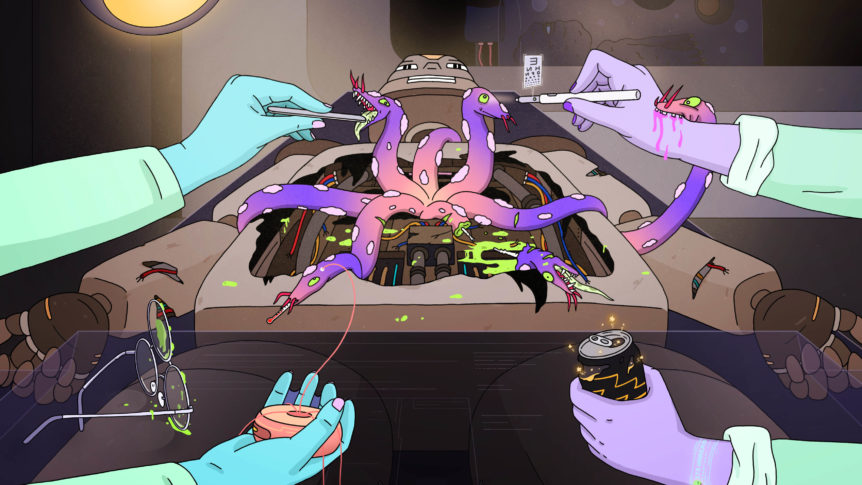 Prime Video announced it has ordered two seasons of the animated sci-fi comedy series The Hospital from creator Cirocco Dunlap. Maya Rudolph, Natasha Lyonne, and Danielle Renfrew Behrens are on board as executive producers.

“The Hospital is the perfect example of the fresh and unique programming we get so excited to deliver to our global Prime Video customers,” said Vernon Sanders, head of global television at Amazon Studios, in a statement. “Cirocco’s humor and clever characters will entertain in any galaxy. We are thrilled to have this special project join our growing adult animated slate.”

Keke Palmer will voice Dr. Klak, a multi-eyed surgeon who spends her downtime feeding her sentient plants, obsessively reviewing past failures, and watching the hit show My Lover, My Clone.

Lyonne, also executive producing, will play Nurse Tup, a playful nihilist with chameleon flesh who thrives in the chaos of the Hospital. Maya Rudolph will voice Dr. Vlam, a robot intern who has been alive for at least 20,000 years. Other voice talent includes Greta Lee, Kieran Culkin and Sam Smith.