NEXT:Yellowstone Spin-Off 6666 Will Air On Paramount Network Instead of Paramount+
PREVIOUS:Prime Video UK Invests More Than £1 Billion In TV, Film and Live Sports

The Nielsen Gauge report for April 2022, published Thursday, revealed that audiences spent on average more than 30% of their total TV viewing time this past month consuming watching streaming video content. That is a record share for streaming, and up from the previous record of 29.7% that was set in March. Overall TV viewing dropped by 2.1% from March, while consumption of streaming content in April was almost identical to March, helping to increase streaming’s share of overall TV viewing by over 0.6%.

Broadcast viewing went down 3% in April, due to a nearly 15% decrease in dramatic content due to shows airing their season finales. 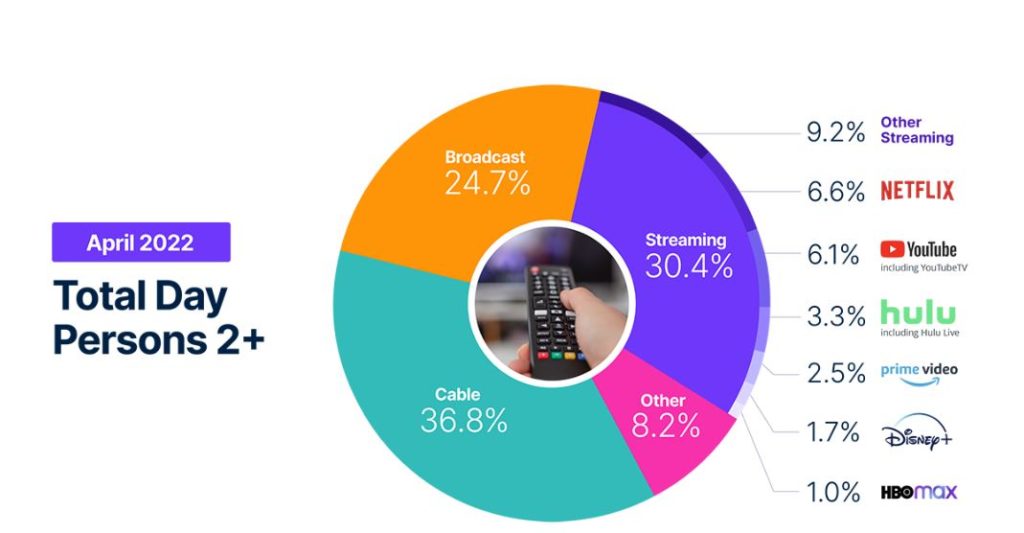