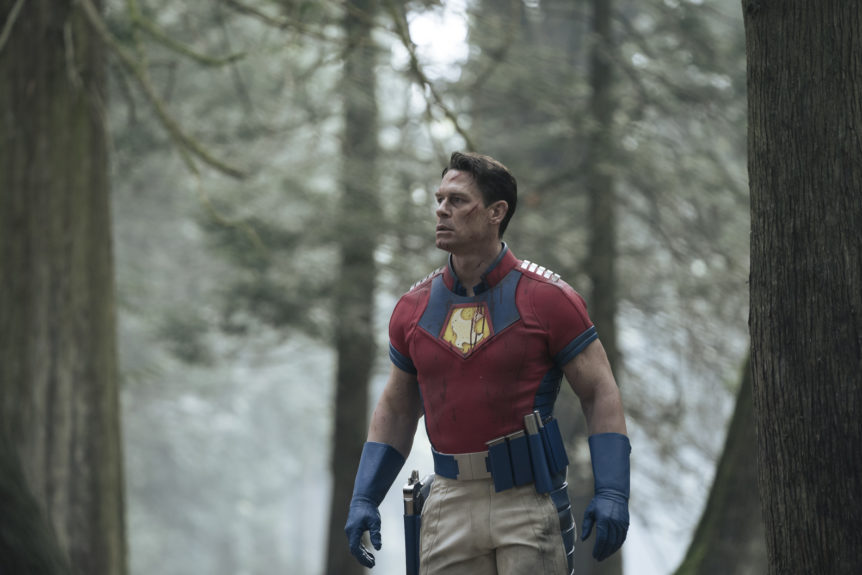 Showrunner James Gunn went on Twitter to assure viewers that Season 2 of Peacemaker is safe from the chopping block.

Following reports of Warner Bros. Discovery’s executive decision to cancel the release of Batgirl and that HBO Max may be moving away from scripted TV content, viewers took to social media to voice their concerns to Gunn about the fate of the HBO Max series, Peacemaker.

“Is Peacemaker safe?” asked @TomMCJL on Twitter, to which Gunn replied, “Yes, guys, calm down.” Gunn then posted a picture of actress Jennifer Holland, who plays Emilia Harcourt, having lunch on set, to reassure fan that Season 2 is still in production. HBO Max renewed the series for a second season in February.

Peacemaker premiered on HBO Max this past January, and was an instant hit for the streaming app. A spin-off of Gunn’s 2021’s Suicide Squad, Peacemaker is the first DC Extended Universe (DCEU) TV series. Set after the events of the film, the show follows Peacemaker (John Cena), an unhinged vigilante who fights for peace at any cost, no matter the body count. Business Insider described Peacemaker as “the biggest streaming TV series in the world right now.” Using data from Parrot Analytics, Peacemaker was the most in-demand streaming series upon its release, surpassing Netflix’s The Witcher and Disney+’s The Book of Bobba Fett and was 69.5 times more in demand than the average series.