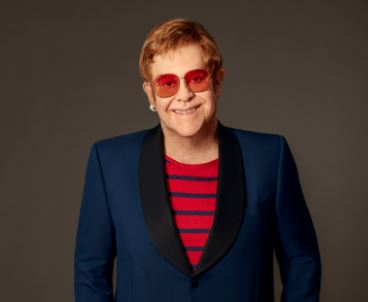 Goodbye Yellow Brick Road: The Final Elton John Performances and The Years That Made his Legend will air on Disney+.

The feature documentary will capture Elton John’s final months on the road, culminating in  his final North American show at Dodger Stadium this upcoming November. The film will also look back at the first five years of John’s career when, between 1970 and 1975, he released 10 iconic albums, seven of which went to No. 1 on the Billboard charts, as well as unseen concert footage of him over the past 50 years, hand-written journals and present-day footage of him and his family.

“There are no superlatives left to describe Elton John and his impact on music and culture — he’s simply unrivaled,” Disney CEO Bob Chapek said in a statement. “Like a good Disney story, Elton’s music has both universal appeal and the ability to connect with audiences on a deeply personal level. He has been part of the Disney family since 1994 when he helped make ‘The Lion King’ an instant classic, and we could not be more excited to collaborate with him on this new documentary.”

The documentary will be directed by Oscar-nominated director R.J. Cutler (Billie Eilish: The World’s A Little Blurry) and David Furnish. “Elton and I could not think of a better collaborator than R.J. Cutler for a film that represents more than just Elton’s career — it’s his life,” Furnish shared. “From the Troubadour to Dodger Stadium, we knew that R.J. would help guide Elton’s story and its many layers in a way that feels authentic and evocative. We’re ecstatic to be working together.”