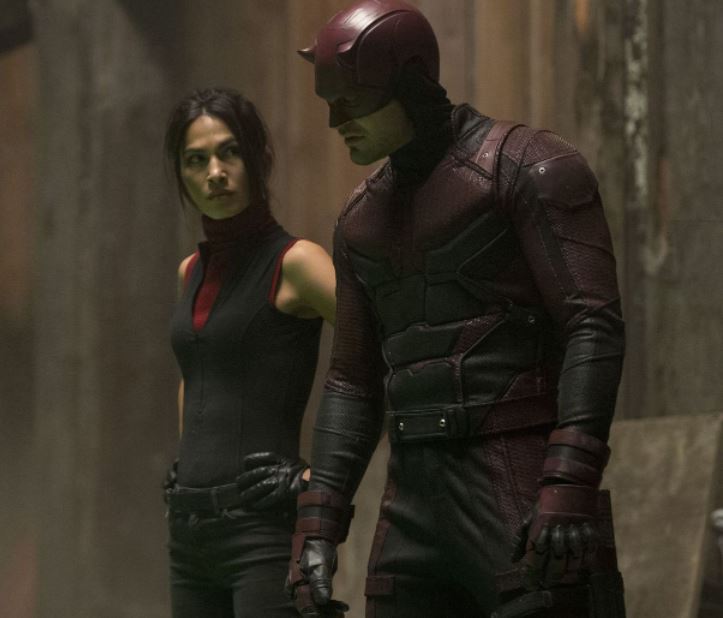 Daredevil will be joining the Marvel family over at Disney+. Variety broke the news that Matt Corman and Chris Ord have been tapped to write and executive produce the series.

Daredevil ran for three seasons on Netflix from 2015 to 2018, starring Charlie Cox in the title role. Daredevil’s civilian identity, Matt Murdock, was blinded as a young boy by a radioactive substance that also gifted him with enhanced superhuman senses. A lawyer by day who represents the poor and marginalized, by night he is the vigilante Daredevil, fighting criminals in New York City.

The Murdock character made a surprise cameo appearance in the 2021 blockbuster hit Spider-Man: No Way Home, leading fans to speculate that the Daredevil series could be revived at Disney+. Of interest, when Disney+ acquired Daredevil and other Netflix-Marvel properties in 2018, a clause prevented any of the characters to appear in any non-Netflix projects for two years after cancellation.

Corman and Ord helmed the USA series Covert Affairs, starring Piper Perabo, from 2010 to 2014 and recently executive produced The Enemy Within at NBC and the CW series Containment.

Reps for Corman and Ord declined to comment to Variety. Marvel Studios reps do not comment on projects in development.