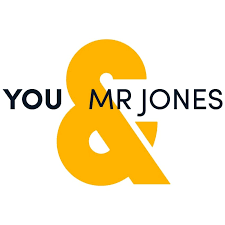 New York-based You & Mr. Jones is getting its media division off the ground, adding to heavy investments by bringing in an Accenture and Omnicom veteran as a partner as it seeks to reimagine the media model.

Will Heins joins You & Mr. Jones as partner, media from another entity seeking to shake up media buying and planning – the recently-launched media agency created by independent agency Mother, Media by Mother, which he led alongside founding partner and CEO Dave Gaines. Before the Media by Mother venture, Heins spent around a year and a half working on developing Accenture’s global ecommerce offering, which followed over four years at Omnicom Media Group in strategic partnership and digital activation roles.

“You & Mr Jones’ portfolio of companies has built fantastic solutions for brands with a simple philosophy: doing marketing better, faster, and cheaper through technology,” Heins said in a statement. “Despite all the innovation in the media space over the past 15 years, that promise has yet to be realized there. I’m looking forward to working across the firm, with brands, platforms, publishers, and our future acquisitions to create an offering that delivers on that same promise.”

You & Mr. Jones, which claims to grown by 27% organically in 2020, is throwing some $300 million behind its efforts to reimagine the media agency model. Heins joins founding partner Nick Emery, who joined You & Mr. Jones after being fired from his role as global CEO for GroupM’s Mindshare over what GroupM referred to as “inappropriate and offensive behavior.” Emery co-founded Mindshare back in 1997.