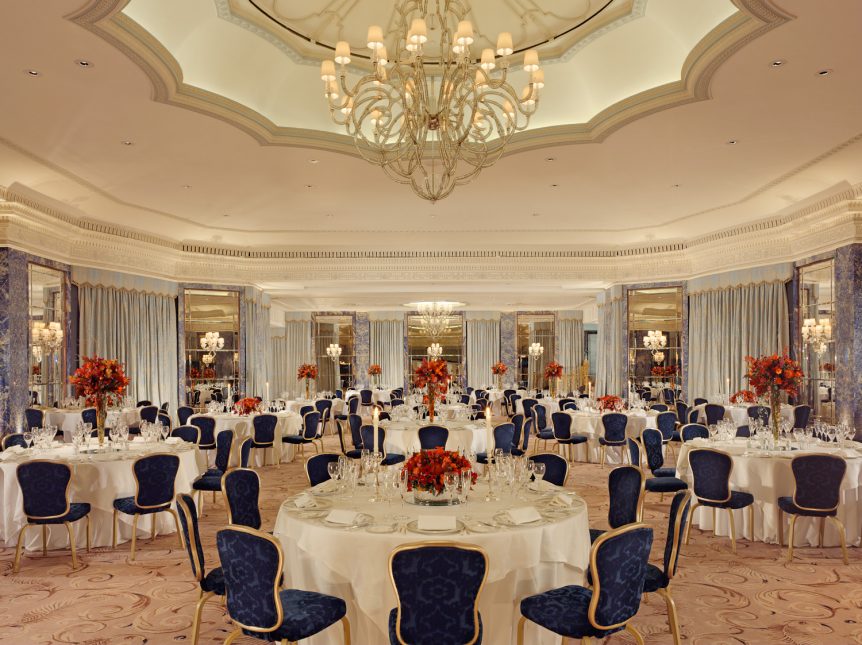 WPP has promised to end its annual sponsorship of the Presidents Club Charity Dinner—also known as “the World’s Most Exclusive Fraternity”—after a damning Financial Times report detailed allegations of harassment and misogynistic behavior at the London soiree.

This 33-year-old “black tie, men-only event” purports to attract “many leading figures from the financial and commercial industries” and happens each January in one of London’s fanciest locations: the Dorchester Hotel ballroom.

Financial Times accounting and tax reporter Madison Marriage performed a bold act of journalism by taking a deep, dark look inside the Dinner. According to her must-read (paywalled) account, this event—which ostensibly exists to raise money for reputable charities—very quickly descended into sexual debauchery.

130 women were specifically hired to serve as hostesses; unbeknownst to organizers, two of them were undercover FT journalists. According to the report published today, their experiences consisted primarily of fighting off the aggressive advances of wealthy, aging British men.

One key passage from the piece:

Over the course of six hours, many of the hostesses were subjected to groping, lewd comments and repeated requests to join diners in bedrooms elsewhere in the Dorchester.

Hostesses reported men repeatedly putting hands up their skirts; one said an attendee had exposed his penis to her during the evening.

The full story includes many more details about the way these women were recruited by an event-based casting agency whose leadership warned that men would try to hit on them in various and sundry ways throughout the dinner. Staffers from the agency then observed the women and encouraged them to engage more directly with attendees, even if that meant dealing with many unwanted touches.

Attendees at the Dinner must sit at tables sponsored their employers and bid on auction items like “lunch with Boris Johnson.” The event was hosted by British comedian David Walliams, and the crowd of 300-plus men included top politicians and leaders of businesses like Goldman Sachs and Barclays. This year, as in past years, one of those companies was WPP.

According to the report, Martin Sorrell was not at the table last week “though he has attended in the past.” But WPP Europe chief operating officer Andrew Scott reportedly sat at the table in his place.

In response to the allegations in the story, the world’s largest agency holding company has decided to stop sponsoring a table and sending its executives to the dinner each year.

“WPP has traditionally sponsored a table at the Presidents Club dinner to support its fundraising for children’s charities,” read a statement provided by a company spokesperson. “Neither the company nor our attendees were aware of the alleged incidents until informed of them by the Financial Times. WPP takes these reports very seriously and, while we will continue to support relevant charities, in light of the allegations we are ending our association with the event.”

Representatives for all involved parties including the hotel, the casting agency and the Presidents Club itself said they were shocked and appalled, to varying degrees, by the scene detailed in the story. WPP declined to elaborate on the statement provided to us above.

The entire story documents behaviors that many in “polite society” might wish to be relics of a not-so-distant past. It also includes a video segment.