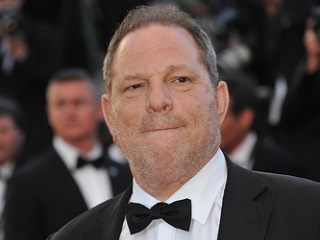 The Wall Street Journal just broke the news that The Weinstein Company is close to being sold for less than $500 million dollars.

This would almost certainly mean that the world’s largest adverting company, WPP, will no longer own any portion of the film business founded by accused sexual predator Harvey Weinstein and his brother.

The paywalled story reports that, according to sources with direct knowledge of the deal, the embattled company’s owners and board of directors have chosen 6 finalists out of 22 bids and that “its shareholders may lose all of their equity” in the final deal.

The final bidders include a series of entertainment companies like Lionsgate and investment firms like Vine Alternative Investments and Shamrock Capital Investments. Perhaps most significantly, Colony Capital, which entered negotiations to buy Weinstein last October, is not one of the finalists. Neither is Viacom or MGM.

About half of the $500 million total will include the assumption of debts owed by the Weinstein company. Its founders previously claimed that their combined assets were worth $1.3 billion, but that was obviously not the case.

WPP has been one of the Weinstein Company’s largest single investors since 2005. Late last year, after news of the accusations made against Harvey Weinstein broke, a WPP spokesperson told us that agency executive and Weinstein board member Lance Maerov’s future with the entertainment company “depends on the constitution of the board,” but it would now seem that he will be not be a member of that group for much longer.

Other major investors include SoftBank and Goldman Sachs.

After news of the allegations against Weinstein first broke, TMZ ran a story claiming that the board had written a contract for Harvey that explicitly allowed for unlimited “misconduct” settlements like those reached with multiple women who accused him of assault and harassment. A Weinstein Company spokesperson later told us that this interpretation of the contract was “not correct” but declined to elaborate or discuss the details of said document.

WPP had something of an uneven relationship with the company. According to sources cited in a Forbes story that ran last November, Martin Sorrell himself expressed disapproval over “Weinstein’s sumptuous annual pre-Oscars party,” stating, “He shouldn’t be spending company money this way.”

Maerov told Fortune that Weinstein paid no attention to investors, running the business “for his own self-aggrandizement.” That story also claimed that The Weinstein Company never made a profit.

We reached out to a WPP representative and will update this post if we hear back.