Consumers love choice and speed, and they hate inconvenience. That’s probably why Deliveroo, the British equivalent of Grubhub, has been so successful.

Wieden + Kennedy London focuses on the “choice” element of that equation in “Food Freedom,” its debut campaign for the client. That’s freedom as in the ability to order whatever you want whenever you want it, convention and circumstance be damned.

The campaign’s central spot serves up a series of situations in which Deliveroo could theoretically help some difficult customers score chow right now—be they astronauts desperately seeking sushi or grandmas on the run in need of a calorie boost.

Alex Mavor and Edward Kaye of The Sacred Egg directed the above, which is dripping with British flavor (in our humble Monday morning pre-coffee opinions).

“Nothing really beats tucking into a burger in your joggers in front of the TV,” said CDs Ben Shaffery and Max Batten. “Using a hyperbolic lens, we placed a bunch of simple takeaway truths at the heart of the campaign, showing that with the ease of Deliveroo, nothing can get in the way of your Food Freedom.” 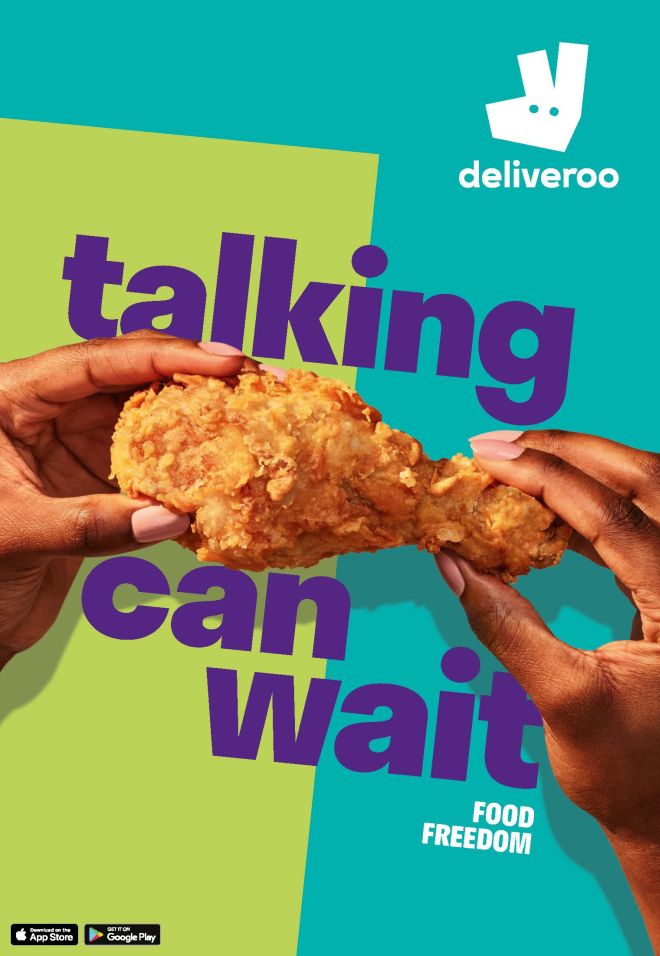 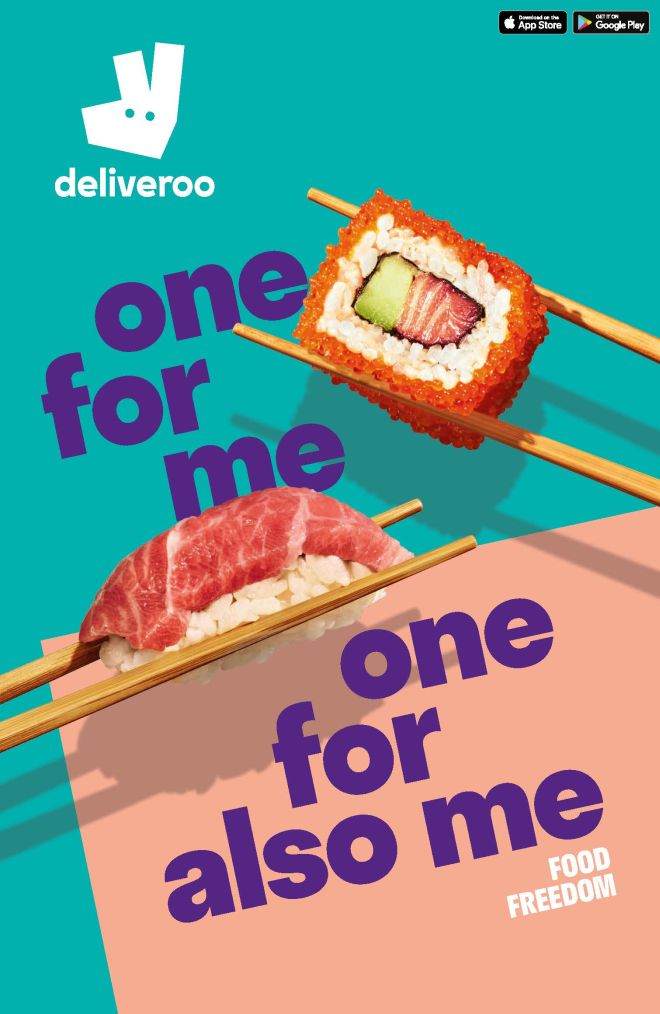 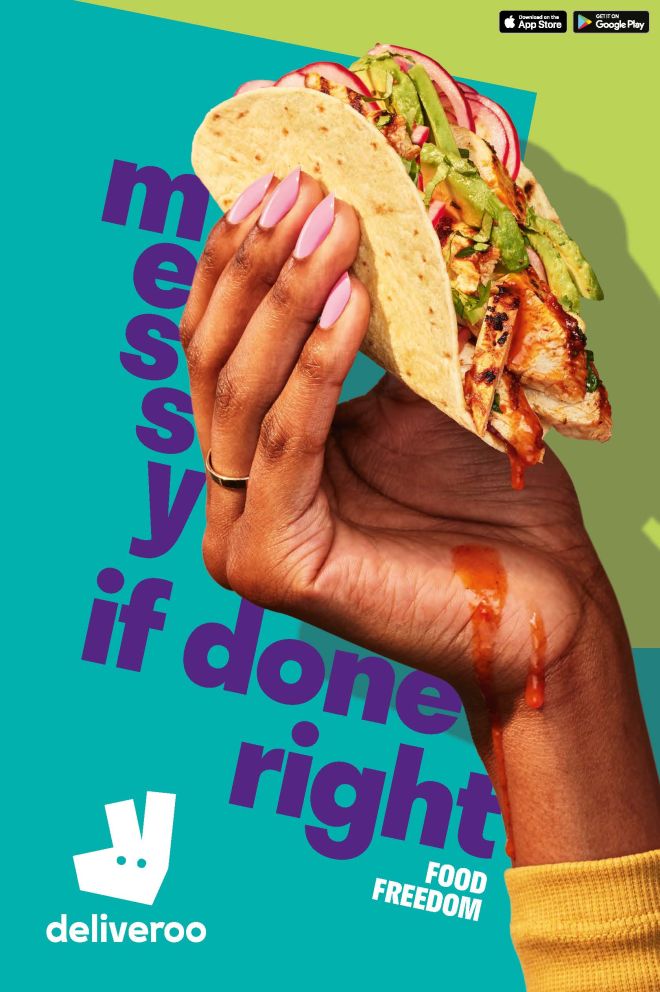