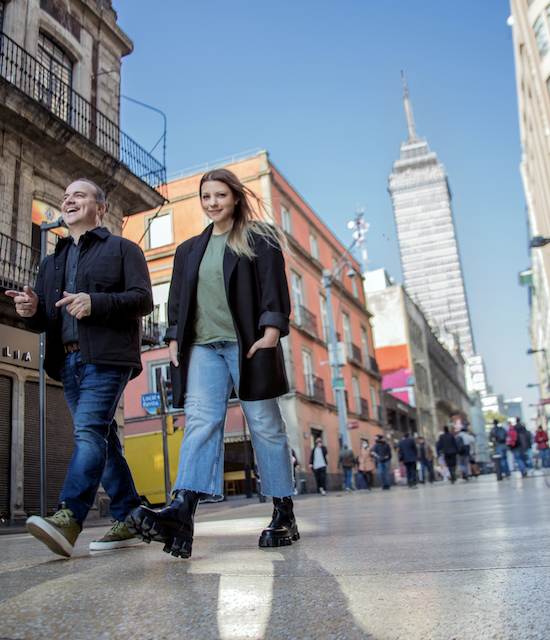 Wieden+Kennedy has expanded its reach into Latin America with the opening of Wieden+Kennedy Mexico, its new office in Mexico City. Industry veterans Jessica Apellaniz and Pablo de Arteaga will lead the office and drive growth regionally.

Mexico City is Wieden+Kennedy’s tenth global office, and its first native Spanish–speaking office. The move is part of W+K’s growing presence in Latin America—the agency currently has an office in São Paulo, Brazil, and will soon open an outpost in Argentina.

“Opening W+K Mexico is really exciting and important to the work we do for global clients,” said Gustavo in a statement. “There is so much creative opportunity in Mexico, and in the region, and we have big plans—there is no one better than Jessica and Pablo to lead them.”

Apellaniz comes to W+K Mexico after a stint at Ogilvy as chief creative officer for Latin America. During her time there, she created work for Coca-Cola, BP, Mazda, Aeromexico, Nestlé, AB InBev and American Express, among others. Her work has been recognized by Cannes Lions, D&AD and the One Show. Under her watch, the agency won the first D&AD Pencil for Mexico and the first Cannes Lions for Honduras and Bolivia. Ogilvy Latin America was also named regional network of the year by Cannes Lions in 2022.

“Jessica is an awesome creative, impressive brand-builder and exceptional leader,” said Ribeiro in a statement. “She has led super interesting work and successful teams across disciplines and countries. We are still pinching ourselves that she is part of W+K. And Pablo is the perfect partner to drive the kind of growth we have our eye on, with existing and new partners.”

Brazilian-Uruguayan de Arteaga joins W+K Mexico after senior executive positions at Leo Burnett Worldwide, BBH London, BBH São Paulo and Africa in Brazil. As CEO of Leo Burnett México, he led the successful merger with Olabuenaga Chemistry, and while leading Leo Burnett São Paulo and México, both agencies were named agency of the year in their respective markets (Caboré / Círculo Creativo). In recent years, Pablo has immersed himself in the consulting and tech world, leading IBM iX in Mexico, investing in adtech companies and sitting as a lead partner of Pipeline Capital.

“At W+K Mexico, we’re aiming to create a space for Spanish-speaking creatives in Latin America to experiment, fail harder and ultimately shine. We look forward to fostering an environment and culture where people feel free to be themselves,” said Apellaniz in a statement.

“Opening an office in such a dynamic and vibrant city is an incredible new adventure for Wieden+Kennedy. The talent, the clients and the opportunities in Mexico and Latin America are crazy inspiring. It’s hard to imagine a better place for a creative person to be right now,” said Karl Lieberman, global CCO, W+K in a statement.