File under “What Fresh Hell Is This”: today a friendly source came across this truly incredible ad for Swedish/Finnish toffee brand Dumle that ran in Poland.

It’s striking because, well, it looks a whole hell of a lot like a spoon filled with heroin. In fact, we cannot imagine anything else that this image could have been meant to resemble—especially since no one melts toffees in a spoon (to our knowledge, at least) and the roughly translated copy reads, “Can the new year be even sweeter? Maybe!” 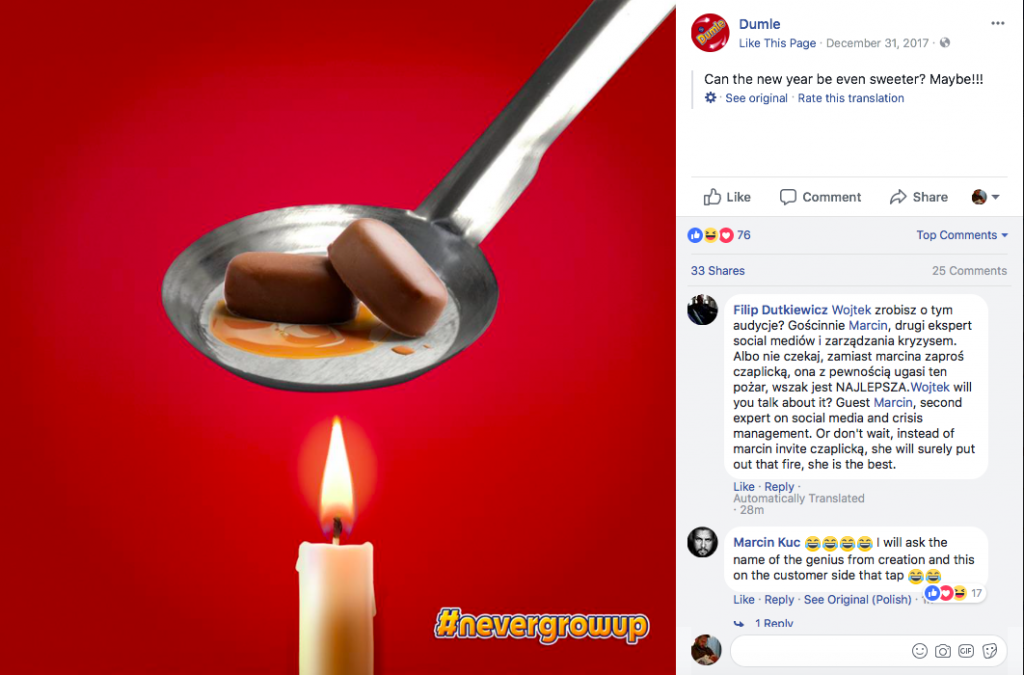 As our source put it, “Before you click, make sure you are sitting down and you are not eating anything because you might choke.”

The Facebook promo, which initially appeared on December 31, recently got new attention after appearing on Słaba Reklama or “Weak Advertising Blog,” a page tracking all the very worst in Polish advertising.

That site also includes not-quite-classics like this one, which seems to casts a pickle as a moth(?), and other evidence of hipsterdom flourishing in Eastern Europe.

We’ve reached out to Dumle on Facebook but unsurprisingly have not heard back. The brand does not appear to have worked with a major agency in recent years, and we are still somehow amazed that their marketing team published this.

Some of the latter:

“gentlemen, ever more amateurs are pushing for advertising, hehe”