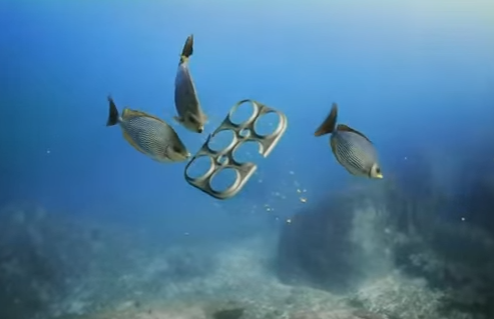 Last week we posted an update to the story of We Believers’ 2016 “edible six pack rings” project, which earned a slew of media hits and awards and led to the creation of a separate production company called E6PR but has yet to become available on the market 15 months after the case study went live.

The agency did not respond to initial emails to its general contact address, but after the post went live co-founder and chief creative officer Marcos Vega reached out to offer some clarifications.

Vega continued, “We have produced ONE MILLION RINGS, delivered in our warehouse. We will be testing with Saltwater Brewery and a major Beer Brand in the following months. Once the tests are successful and we tweak our design once again informed by the learning we will make them available to craft breweries and other major Beer brands and Carbonated Beverages.”

Vega and co-founder Gustavo Lauria, who is chairman of the US Hispanic Creative Circle, have cited the one million total at various industry events, and Vega said that the products themselves have undergone an unusually stringent development and approval process even though they are not yet available to clients or consumers.

“The level of testing our product has gone through has been exhaustive for it to be brought to mass scale,” he told us. “From stress testing to support extreme handling of the cans and high humidity all the way to additional lab testing for toxicity. The product so far has passed the tests with flying colors.”

Vega added that his agency wants the edible, biodegradable rings to become an industry standard but that “struggles are guaranteed as we strive to become that.”

“While we continue to find ways around them we believe now more than ever creativity will change the world for the better with inventions like ours and those to come,” he wrote.

So the agency and its production unit promise that the product, which continues to receive mentions in news reports about sustainable packaging and related environmental concerns, will soon hit the market.

For now, it lives primarily via press writeups and an Instagram hashtag.