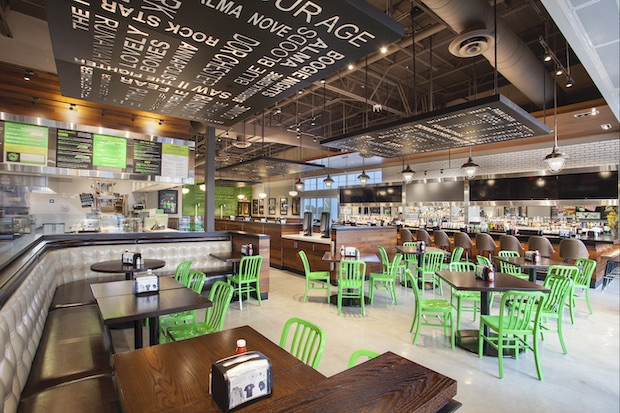 “Wahlburgers appreciated that we’re a family-owned, independent agency with roots in their hometown of Boston. From day one we felt like family. We had shared values and shared work ethic,” GYK Antler managing director Mark Battista said in a statement. “Both teams want to work faster, better, and to be held accountable. That’s just part of our DNA. As a result, we are able to create big ideas and strategically bring them to market unlike any other mid-sized agency. But, of course, we’re going to have some fun along the way.”

The move comes as Wahlburgers completed its run as the subject of an A&E documentary of the same name and seeks further domestic and international expansion. Wahlburgers also recently hired Dunkin’ marketing veteran Dan Wheeler as svp, marketing and innovation.

“There are not a lot of creative agencies like GYK Antler. They’re large enough to offer all the services a brand needs like social, content and display. But unlike larger holding companies, those services are not siloed,” Wheeler said in a statement. “Instead they’re fully integrated. Modern creativity requires integration and bringing specialists from strategy, creative and media to the table from the very beginning. We could immediately tell that approach was core to who they are as an agency.”

GYK Antler’s first work for Wahlburgers is expected to debut this month. Its inaugural campaign will focus on a brand refresh designed to aid Wahlburgers in its expansion goals.

“We believe that creativity is a key business differentiator. In addition to making great food, the team behind Wahlburgers are creative entrepreneurs, just like us,” Hamlin said in a statement. “With our clients we’re not just a partner, we look at ourselves as co-owners. We look forward to working closely with the Wahlburgers’ team and creating exceptional campaigns that bring the brand and business to new heights.”

Wahlburgers spent nearly $100,000 on marketing in the first nine months of 2019, according to Kantar Media, a figure which should increase in the coming year as it seeks to expand while no longer gaining visibility through the A&E documentary.