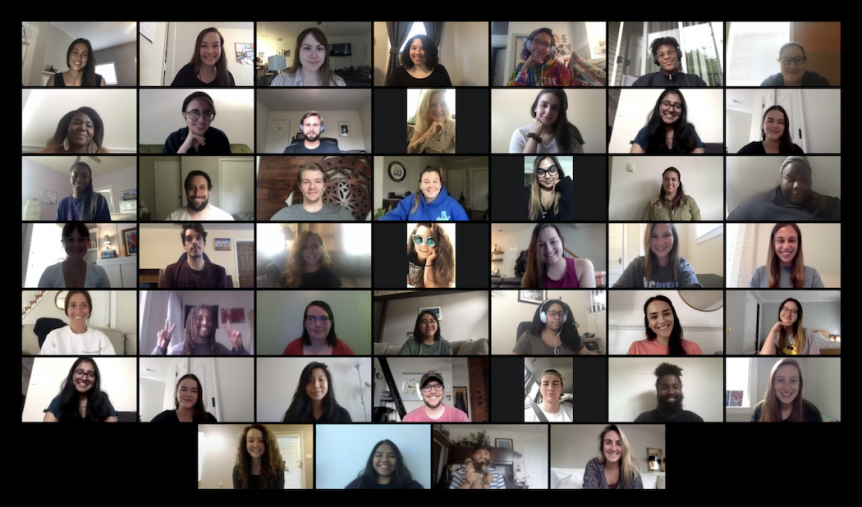 Students in the industry have had a rough go of it this year. Internships are gone, the job market is bleak and a good many are back home with their parents trying to figure out what’s next.

A few initiatives have bubbled up in recent months to swoop in and help, but a group of students at VCU Brandcenter, a two-year, full-time master’s program, have taken matters into their own hands.

They’ve created Carriage House, a “student-run creative co-op” made up of roughly 40 students and recent grads. The name is a nod to the VCU Brandcenter building’s original use: a carriage house for The Jefferson Hotel in Richmond, Va.

“It’s easy to fold when you’re dealt a rough hand,” reads a blurb on the Carriage House site. “But when the universe throws the Brandfam a curveball, we pride ourselves on knocking that sucker out of the park. And so the Carriage House was born, from little more than a vague dream.”

The students are working with 11 local businesses, nonprofits and entrepreneurs this summer, including a family-owned restaurant and contemporary art gallery, on a pro bono basis. However, any client that wishes to make a payment is encouraged to donate to the school’s scholarship fund.

One of the agency’s members, Monica Roebuck, designed a Black Lives Matter graphic that’s being sold on T-shirts, mugs, tote bags and phone cases. All proceeds are going to organizations that support Black Lives Matter.

Six executive board members are leading Carriage House, all of whom are currently students at VCU Brandcenter. They are Dinma Onyekwere, Kim Burgess, Alexandra Daniel, Chrissy Boals, Sophie Whitfield and Shannon Gill. Each represents one of the school’s areas of concentration.