NEXT:Grey Partner Caroline Winterton Heads to Barton F. Graf as CEO
PREVIOUS:Orci COO Talks Parents in Adland, Kids (and Dogs) in the Office, and the Future of Multicultural Marketing 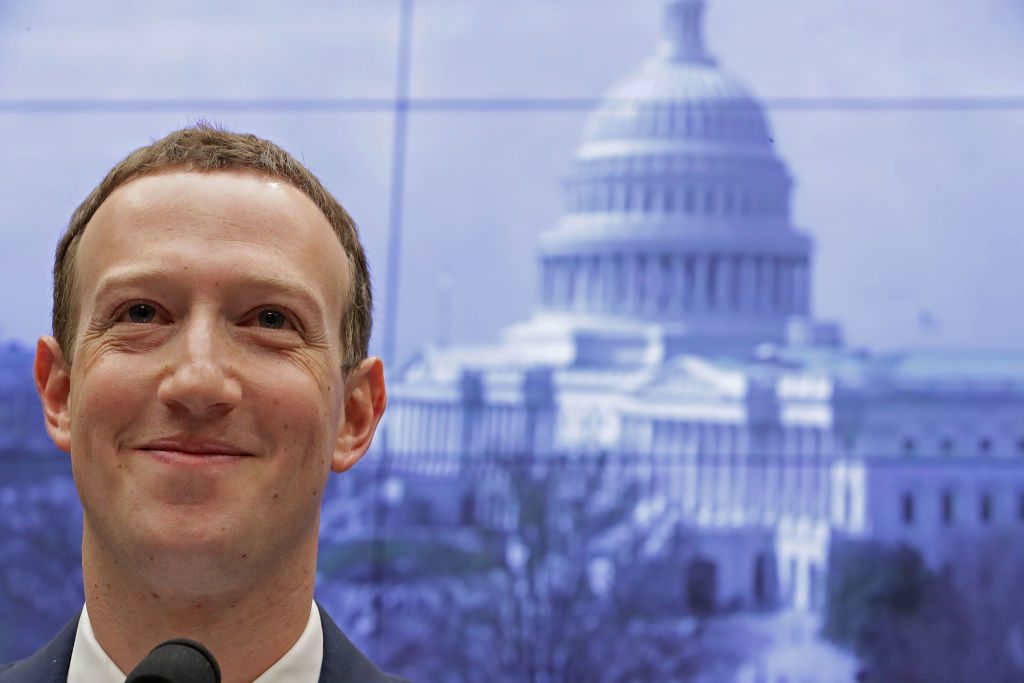 This is a guest post by Aaron Perlut, co-founder and partner at St. Louis agency Elasticity.

We’ve all heard about it ad nauseum: Cambridge Analytica is bad! Mark Zuckerberg and Sheryl Sandberg should apologize to the world and tell them how they lost control of their nearly $500 billion “force for good!”

Many of my colleagues were glued to monitors watching online feeds of Zuckerberg and his new haircut during Capitol Hill hearings this week as he seemingly told nearly every senator, “That’s a very good question, thank you senator,” before falling on his sword while answering some of the most uninformed missives I’d heard since the highly underrated “Kindergarten Cop.”

Privacy is the order of the day, of course. Certainly there is an essential need to protect personal privacy online. But beyond privacy and selfishly speaking, the unintended consequences of the present dialogue is going to screw the rest of us. No, I’m not talking about shareholders. I don’t invest in the market as I inherited the stock market Poop Emoji Touch (just trademarked, beware). I’m talking about the brand marketing community, which undoubtedly will now have the rug pulled out from underneath it as a result.

When Facebook held its IPO in 2012, it fundamentally changed the world of digital marketing. Nearly overnight, the platform changed from an organic tool into a pay-for-play oasis for any brand or organization. As a result, brand page “fans” no longer mattered, and instead we were forced to focus on acquiring new eyeballs and engaging new consumers via targeted reach. Facebook’s shifts were soon followed by Twitter and LinkedIn… and the rest is history.

While many of us decried the shift at the time, the cost was a pittance when compared to traditional advertising models. Facebook evolved into a virtual goldmine for brands that understood how to use its open-access data to serve up highly relevant messaging and content to consumers.

More simply for a novice, if I invest my client’s dollars in a billboard, magazine ad or TV campaign—or even if I score earned coverage in top-tier media—do I really know if the message I was trying to help that brand deliver reached its target audience of non-white women age 25-32 with 2.5 children who lean Republican, love baseball and favor the legalization of marijuana? Not really, because the age-old measure of impressions is relatively worthless.

However, I can do all of that with Facebook by demonstrating precisely who clicked through and which creative was effective and which was not while demonstrating a more personal connection between brand and consumer … at least for now.

As my colleague Rachael Powell noted immediately following the Cambridge Analytica news, it’s possible regulators will pull a typical knee-jerk reaction and lock down the show quickly, causing digital marketers to lose access to the trove of data that makes Facebook so powerful.

We’re all bracing for what happens next. My guess is that either through congressional overreach, self-righteous over-policing by Facebook itself, or both, brand marketers who have played by the rules will get screwed. And we will lose what today represents a remarkable ability to deliver highly relevant content on a granular level.

While I’m crying in my agency beer and whining about what we lose, don’t think there’s not a trickle down. In fact, I think consumers lose nearly as much as we do. Why? Because today consumers receive ad content that is more likely to actually matter to them. It’s relevant to their interests and suited to specific demographics while fulfilling a myriad of other factors. In my case, it’s the first time that has happened since a 1978 Lucky Strike commercial made me run to 7-11 and buy a pack.

Without question, the case of Cambridge Analytica, and the assumption that theirs was not an isolated case, constitutes a breach of trust between Facebook and its users. The big controversy revealed a reality that occurs in every system: there are those who play by the rules and those who do not.

When individual privacy is at stake, something has to give, and something certainly will. Bottom line: Facebook’s carelessness has screwed us all … just not in the way you may have originally thought.