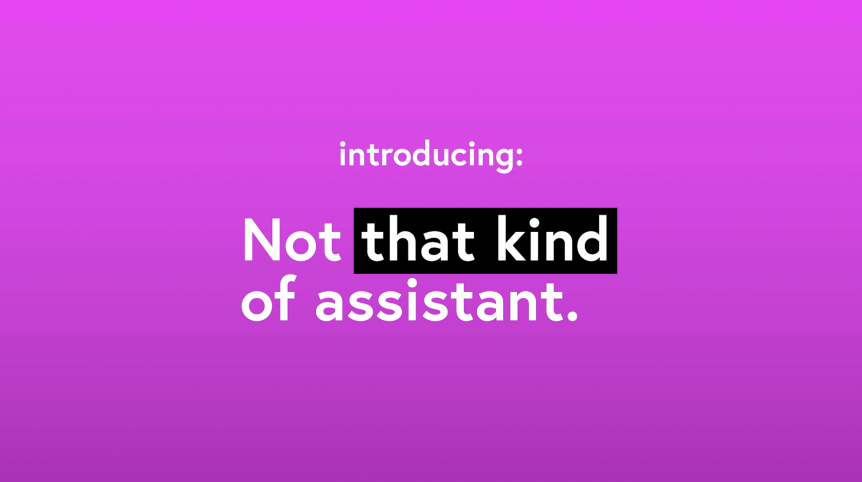 In May, Unesco released a report that pointed out how voice assistants—most of which are assigned a female voice by default—reinforce harmful gender stereotypes.

Many of these AI-enabled devices, including Apple’s Siri and Amazon’s Alexa, offer up passive and coy responses to insults hurled their way. The title of the Unesco report, “I’d Blush If I Could,” is in reference to what Siri used to say when users called her a bitch (Apple has since remedied this).

Even as tech companies make changes in response to criticism, the fact that it’s an issue at all is problematic. It’s proof of what can happen when women aren’t given a seat at the table. So a group of interns at independent agency 22squared have taken it upon themselves to address these companies by suggesting responses for their voice assistants that are a little more … 2019.

For example, in response to someone calling Alexa or another assistant a slut, they’re suggesting she fire back with the following: “That’s not very woke of you.”

Called “Not That Kind of Assistant,” the effort is encouraging others to also come up with replies that give these assistants the chance to defend themselves against sexist questions and remarks. Those interested can submit their ideas on the initiative’s website, which also asks visitors to use the hashtag #cancelsexisttech when spreading the word about the effort on social. The campaign also has its own Instagram and Twitter accounts.

“As part of our summer intern program, we had to figure out how to solve a marketing problem with no budget in the fastest way possible,” said Samantha Reynolds, a content marketing intern at 22squared. “We landed on a more social approach; showing and telling companies how to make their platforms better via the power and influence of a socially driven conversation.”

Riddhi Mehra, a media planning intern at the agency, said tech companies have a “huge opportunity to affect change” by addressing this issue.

“The database to crowdsource alternative responses on our website is really the largest solution, and we want to push that more,” said Mehra. “It makes the idea more actionable for tech companies because we’re literally handing them a solution, wrapped in a bow. It grows and becomes not just our solution, but a solution directly from the public.”