NEXT:Captain Worldwide, Tushy Explain Why You Should Definitely Use a Bidet
PREVIOUS:Lynchburg, Tennessee Lobbies for NBA Team in Arnold's Latest for Jack Daniel's 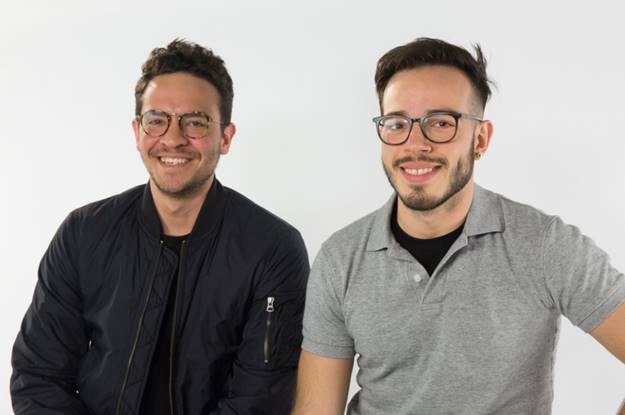 FCB has hired Fernando Carrion and Rodrigo Bistene—better known as “The Raccoons”—to work in its New York office.

The two, who hail from Mexico and Brazil, respectively, spent the last year-plus at the VML organization as integrated art director and copywriter.

Their best-known work to date has been Burger King’s Proud Whopper, to which they both contributed while at Miami’s DAVID. But they also somehow managed to use a TV show reference to convince thousands of people to follow Pepto Bismol on Twitter … or so says their case study.

9,200 followers isn’t bad for an OTC digestive aid that looks like Styrofoam and tastes even worse.

The release includes a joint statement:

“We are social creatures who like to work in groups. We appear to be harmless but we can turn pretty wild when an opportunity arises. But more than anything, we can easily find hidden food and fall asleep in unexpected places.

In an ever-changing advertising industry like New York’s, creatives on the move are often allured by superficial factors and forget about what really matters: the people. Inspired work only comes from inspired teams, and that’s what we found here at FCB.”

It’s some of the biggest hiring news out of FCB’s New York office since last August’s expansion of its creative, strategy and marketing departments.

Here is the incoming duo’s portfolio and their shared LinkedIn page, because that’s a thing one can do.