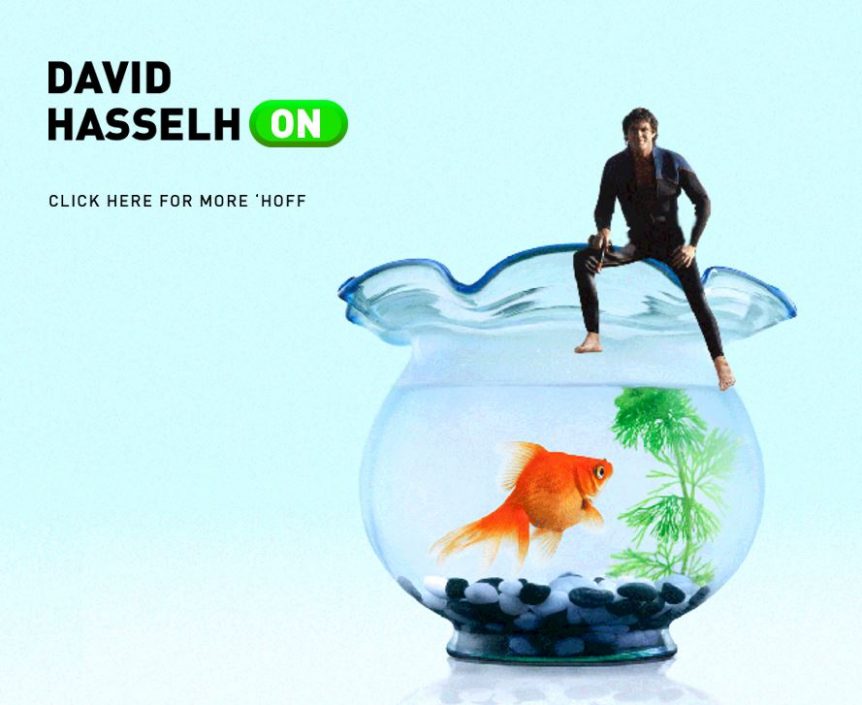 Today in side projects, we have an entry that may well rival the famous Hall of Gyllenhall in putting a seemingly random celebrity to good use.

Every creative goes through the process of seeing his or her ideas thrown onto the scrap heap, but a few TBWA\Chiat\Day New York employees gave their discarded storyboards new life via everyone’s favorite fake lifeguard, David Hasselhoff.

This One Trick makes “Hasselhon” funny: curious gawkers can simply press a button to move The Hoff from off to on in the most literal sense possible. The site includes 53 instances of the former Knight Rider star atop various objects, because these scripts were written for quite a few different clients.

For example, here he is on a boat. With a tiger. 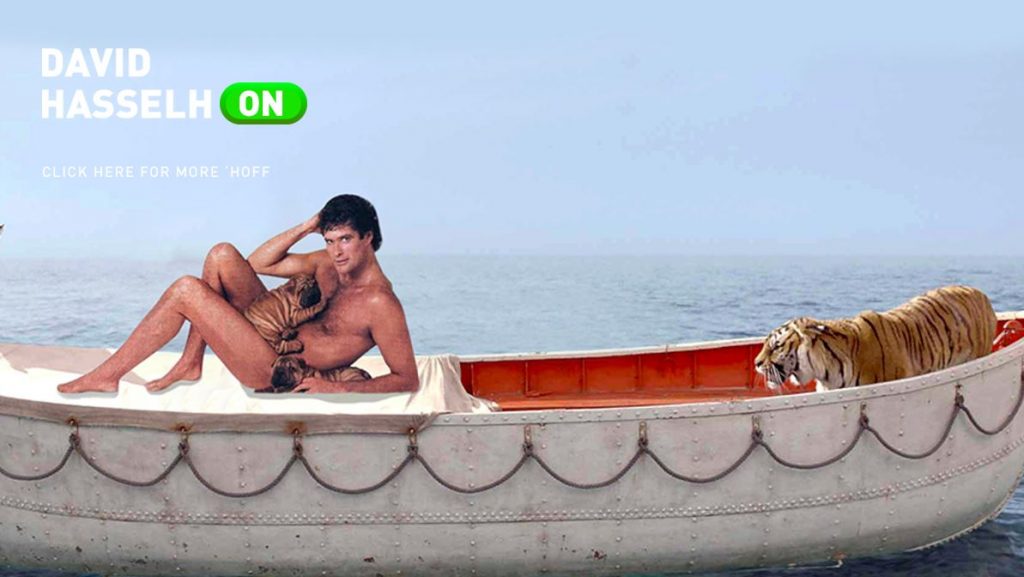 And here he is trying and failing to stand on a treadmill. 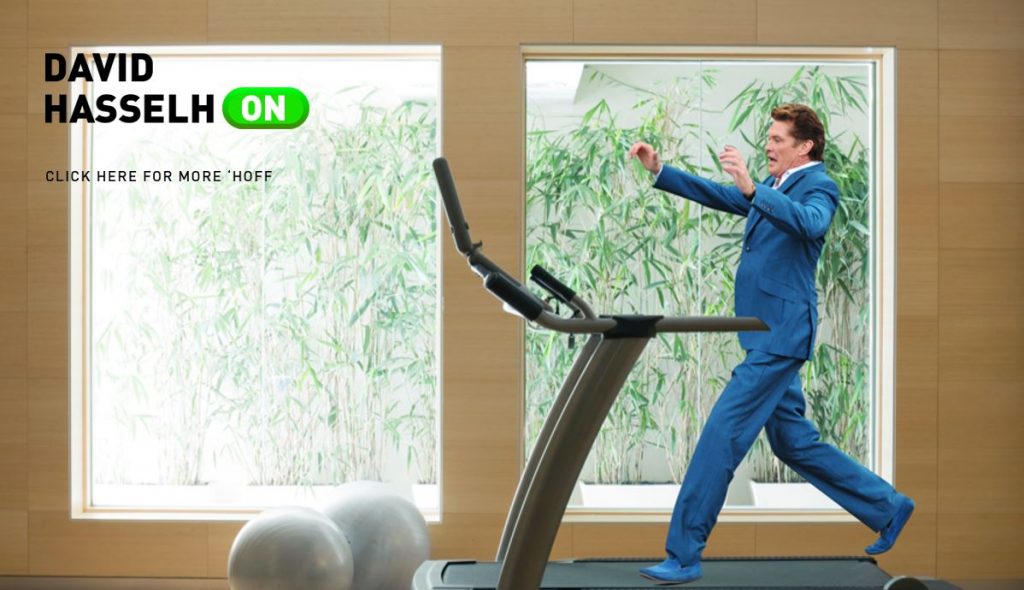 This is the kind of one-note joke that could go on indefinitely. 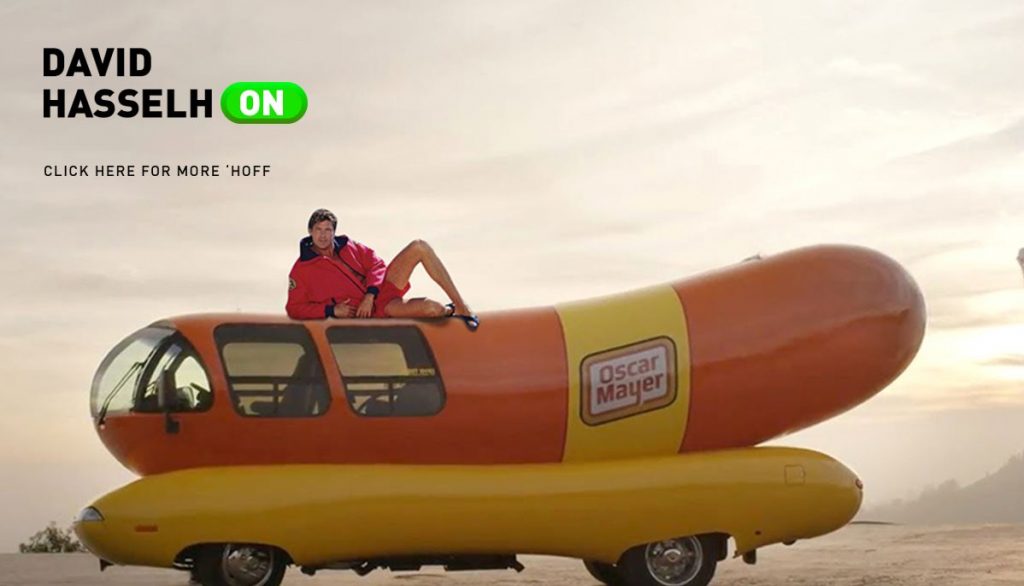 “Every single image you see on this site was pulled from one of our script storyboards that got stuck in the ‘reject pile,'” said copywriter Mike Schneberg, who created the project along with fellow writer Matt Engel, art directors Liz Agans and Tanya Zhang and developer Josh Hirsch.

The team got an honorary award at this year’s Webbys for their “personal blog/website.”

“We chose Hasselhoff because he’s timeless,” Schneberg said. “He stands for everything heroic in the world and he’s living proof that even the most mundane of concepts can be given new life. Also, he’s the only celebrity we could think of whose last name could be changed to ‘on.'”

He added, “And even though most of the work itself got killed, at least something useful came of it.”

For real, though: how is David Hasselhoff still getting work?