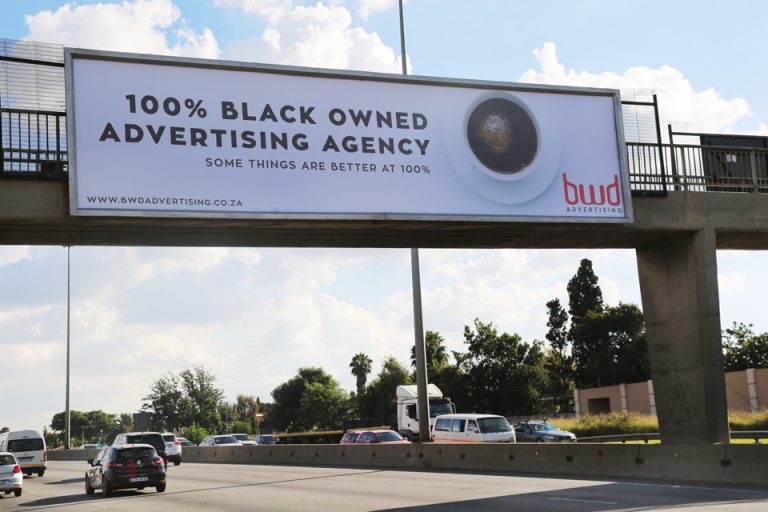 Seems that an unnamed citizen of that country lodged a complaint in February because he considered a billboard advertising “100% black owned advertising agency” BWD (or Breeze Web Designers) to be racist.

We won’t get into the logic or lack thereof behind that complaint, which we learned of today via South African news site The Media Online. But it seems that the local Advertising Standards Authority had to consider the citizen’s opinion as part of its standard operating procedures.

This single person then facilitated “a two-month investigation.”

South Africa has a uniquely horrific history, and in 2003—less than a decade after electing its first democratic government—the country passed the initial stage of the Broad-Based Black Economic Empowerment (or B-BBEE) Strategy, a program designed to “advance economic transformation and enhance the economic participation of black people in the South African economy.” Phase 2 went into effect in 2014.

Lodging a complaint with the South African ASA is fairly simple, as you can see from this form. But it also requires one to go out of his or her way to visit the ASA website or look up its contact information, so it’s hard to avoid drawing the conclusion that the person who registered said complaint was very upset over this particular billboard. One can’t help but wonder why. We cannot claim to be in any way familiar with regulations related to the B-BEEE. But in a tweet sharing the story, The Media Online wrote, “What a ridiculous complaint in the first place.”

So he was simply advertising his own company. From the original story:

The complaint was dismissed as the billboard’s message was not infringing on any government or advertising laws. The ASA said BWD Advertising was merely exercising its right to broadcast an achievement and an “edge” it has in the advertising industry.

The ad also didn’t “[impose] any burden on any person or race and is therefore not in contravention of Clause 3.4 of Section II of the Code.”

In response to the ASA decision, Gosa said, “I firmly believe in growing our country by empowering the youth. Only if they are mentored correctly, will they lead the country forward without racism and corruption, which is something that I promote passionately. No divided country can truly prosper.”

In case you thought the American agency world is a little odd.