NEXT:Burger King Launches a 'Menu Court' That Gamers Can Eat
PREVIOUS:GSP Goes Through Round of Layoffs Impacting Less Than 5% of Staff 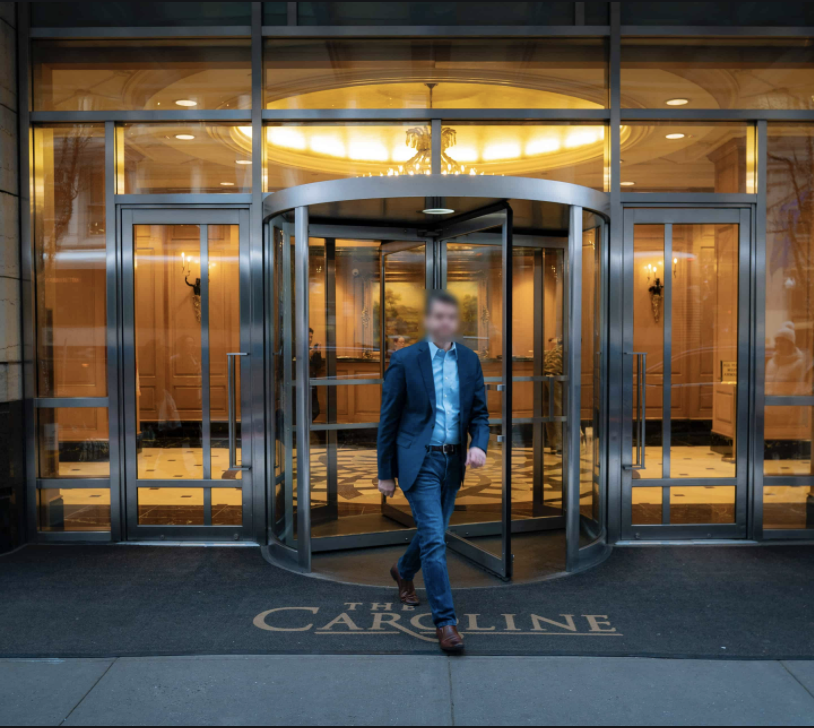 The doors of AgencySpy continue to go around and around as agencies make new hires, launch new ventures, and expand operations.

Dally no further and sally forth through the revolving door to read this week’s moves.

Independent Chicago agency Blue Chip has landed three new accounts. The agency will lead brand positioning and creative development for Splenda; will lead shopper marketing for One brands, the protein bar brand recently acquired by The Hershey Company; and will be the lead agency for the rollout of Pioneer Women Spices, the new line of seasonings from Ree Drummond, for Old World Spices.

“Our new clients are right for the times, with people moving away from sugar, looking for healthier snacks and preparing more meals at home,” said Stanton Kawer, CEO of Blue Chip.

Creative company Buck has opened an office in Amsterdam to build new relationships with European talent, brand and creative partners.

Conran Design Group has brought on brand storyteller Ankur Naik as the agency’s new senior strategist. Naik, who was formerly at BBMG and Wolff Olins, will help lead projects across brand strategy, naming, and expression within the health and wellness space.

DNA has hired former Wieden+Kennedy media vet Alex Dobson as its director of media, a new senior leadership role at the agency.

Dobson spent nearly 18 years at Wieden+Kennedy, most recently as group media and communications planning director. He left W+K four years ago and has been working as an independent consultant.

“Alex brings great creative and strategic insights, deep media expertise and a legacy of being known as one of the best team coaches and leaders in the industry,” said Alan Brown, CEO of DNA.

Nancy Aresu has been hired as president of The Gate New York, where she will replace the retiring Beau Fraser.

Aresu comes to The Gate with 35 years of New York agency experience. She previously ran the New York office of Cramer-Krasselt, where she served as evp,general manager for 5 years. Prior to that, Aresu held various roles, including director of client services for Young & Rubicam Group and as evp, managing director at Lowe Worldwide. She also spent 14 years at independent agency Margeotes Fertitta + Partners.

“This opportunity allows me to return to a more nimble, integrated agency model with added support around the globe,” Aresu said in a statement. “I am honored to be joining such a dynamic marketing environment at a true tipping point in their growth.”

Creative technology company Giantstep Studios has named David Kleinman as managing director of its Los Angeles office. Most recently, Kleinman consulted for Giantstep, helping the 13-year-old studio expand its footprint in the U.S. and generate awareness of its innovation in digital technology for entertainment.

Prior to Giantstep, Kleinman was a freelance executive producer and consultant at various design, VFX and animation studios.

Heritage stationery brand Crane has appointed New York independent agency Light+Co as its agency of record for creative and media. The agency is charged with introducing Crane’s new brand foundation as it celebrates its 220th year in business.

Laura Seele, senior director of marketing at Crane said: “Light+Co was the perfect partner for us. Their extensive experience with heritage brands, inspired creative vision, and ability to adapt to our changing needs set them apart.”

Julia de Sainte Marie has joined Ogilvy Paris as business director. She will lead and develop the customer engagement and commerce expertise for the agency and will support Nestlé and Accor clients.

De Sainte Marie worked with start-ups and independent agencies, including the Sopexa group and Digital Factory, before joining Dentsu agency Isobar as consulting director and then associate director.