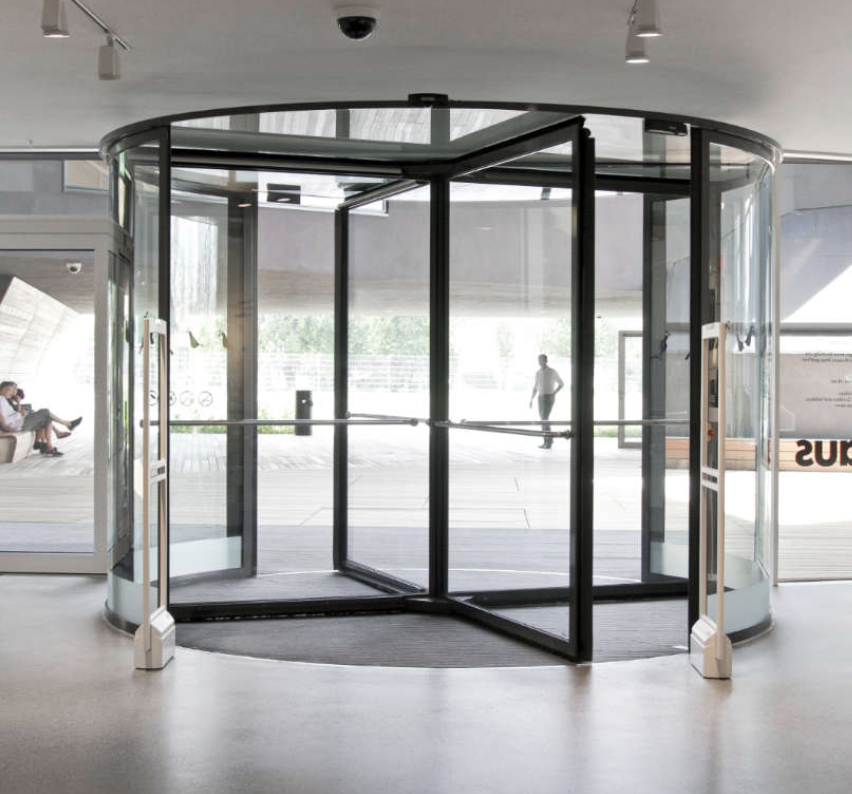 With Mother’s Day coming up this Sunday, give mom what she really wants—a link to this week’s Revolving Door Roundup, home to the latest agency new hires, rebrands, client wins and newsworthy moves. It’s something she’ll cherish.

“There has never been a more exciting, more game-changing time for physical spaces than the one we find ourselves in now, and the only threat to the brands building person to person human-centric experiences is that they don’t seize upon this moment to reinvent themselves in ways that would never have been possible,” Davies said in a statement. “From the very first conversation with Bergmeyer it was clear the spirit and energy of the whole firm was focused on this incredible opportunity, and it felt like a true meeting of the minds.”

Song will be responsible for driving innovation and thought leadership for clients and the agency. She will also focus on business development and growth. She joins Phenomenon where she oversaw client relationships. Prior to that Song spent three years at 180LA, serving as managing director after a stint as group brand director.

Nicely, an eight-year veteran of Cashmere, will lead efforts to continue scaling Cashmere’s Cultural Intelligence (CQ) practice, a division of Cashmere’s Strategy department. Prior to Cashmere, Nicely held positions at Dentsu and at lifestyle publication Frank151.

The School of Visual Arts (SVA), in partnership with Deutsch NY, has introduced Fund the Change, a new scholarship for future undergraduate students. Fund the Change has awarded two incoming freshmen students, accepted to the BFA Design or BFA Advertising programs, each a $10,000 per year renewable merit scholarship, totaling $40,000 each over the course of four years.

The two recipients are Waverly Johnson of Brooklyn and Michael Barclay of Chicago and they will be heading to SVA.

Fund the Change is not only a scholarship, it will also provide year-round mentorship opportunities and paid summer internships at Deutsch NY. It was conceived by the agency to support creative undergraduate students from historically underrepresented backgrounds, and inspired by the Black Lives Matter movement, Fund the Change aims to bring more diverse talent to the advertising industry.

In January 2020, Found Objects moved into its new 4,300 square foot space in Dumbo, Brooklyn. It also opened a new office in Denver.

Found Objects also made some key hires, including Katt Matt, a producer and music supervisor who will focus on music supervision and original music production.

Digital growth agency Hathway has been selected to launch a unified customer experience for Dash In, a Wills Group convenience store chain. Hathway will develop a new, unified mobile experience for Dash In customers including retail purchasing, in-app fuel rewards, order ahead and food delivery features, and car wash purchases. Hathway will also be tasked with strategy, design (including UX and UI), and mobile app development.

Lyons will oversee Hawkeye’s activation studios, and will also be responsible for articulating the agency’s internal experience orchestration through project management and workflow culture. She was previously at Allstate as head of creative agency operations. Prior to that, she was a senior supervising producer at Harpo, where she worked closely with Oprah to build platforms for programming within the growing network.

Chung will be responsible for building Hawkeye’s strategic approach to true experience orchestration (XO), and setting the standard for omnichannel marketing of the future. He has over 20 years of experience split between financial consulting, at Accenture and for numerous automotive brands, including Acura, Chrysler, Genesis and Toyota.

Volpe will focus on scaling Hawkeye’s capabilities to anticipate continued industry disruption and consumer behavior change. He arrives from Conde Nast where, as the head of strategy for their in-house agency CNX, he established the brand planning and consulting practice. Volpe previously led digital strategy for Publicis Groupe agency Team One.

MullenLowe Sustainability has appointed Oriana Brine as associate director, to lead client management and drive business growth and impact. Brine joins the team from leading international NGO Forum for the Future, where she was a senior sustainability strategist, working with companies across APAC to solve complex sustainability challenges. Prior to Forum, she spent the last decade working on sustainability issues in the food and energy industry in Asia Pacific.

Since joining Lowe Lintas in 2011 as National Planning Director, Subbu has led major strategic thoughts or shifts for multiple brands across the clients that the group works on in India.

Palmer will be responsible for leading business development, strategy and partnerships. She previously served as managing director, head of client services. Weinberg will be tasked with overseeing process and performance initiatives at the agency. Her previous roles included head of production and managing director.

The Projects, a creative agency specializing in helping brands navigate culture and enhance brand love, has rebranded itself as New Moon.

The Projects was conceived 14 years ago when the company was launched in Sydney, Australia, as a literal interpretation of its mission—project-based work.

“Since expanding to a thriving global agency with offices in London, Los Angeles and New York, the name was seen as a deliberately tongue in cheek double-entendre and, while this wasn’t the intention, intention and impact are vastly different,” said Jack Bedwani, founder and CEO.

Sparks & Honey, Omnicom’s technology-led cultural consultancy, has appointed Clineu Fernandes to chief operating officer. In his new role, Fernandes will be responsible for the day-to-day operations, managing and optimizing internal processes, systems and infrastructure to ensure the continued growth of the consultancy and its cultural intelligence platform, Q.

Fernandes joins Sparks & Honey from ShopFully, an Italy-based tech company where he served as the LATAM, vp and CEO of the Americas operations for the past four years, overseeing corporate growth.

The Many has hired Anne Halvorson and John Line as the first-ever group brand directors as the independent agency reorganizes its existing brand team structure following a year of growth.

Halvorson will be based in Minneapolis and Line will be based in Seattle. The two will oversee and manage teams servicing clients including eBay, Bumble Bee Seafoods, BioSteel, Lululemon, and Nestle’s portfolio of subsidiary brands.

Halvorson joins the agency from Minnesota-based Peterson Milla Hooks (PMH) where she served as group account director for the past eight years. Prior to PMH, Halvorson spent 15 years at Wieden+Kennedy including being part of the team to open the W+K Shanghai office.

Creative content agency Versus has named Alasdair Lloyd-Jones as its new president and CMO. As Versus continues to expand its footprint within the creative industry, Lloyd-Jones’ goal is to further define and grow the company as a leading creator of non-disposable content.

Lloyd-Jones has spent the last 20 years in senior and executive positions for both brands and large creative agencies, including David Yurman, SET Creative, Big Spaceship, Cutwater, Publicis and Ogilvy & Mather.