NEXT:Agency Developed a Hard Seltzer Brand to Prove it Could
PREVIOUS:Monday Stir 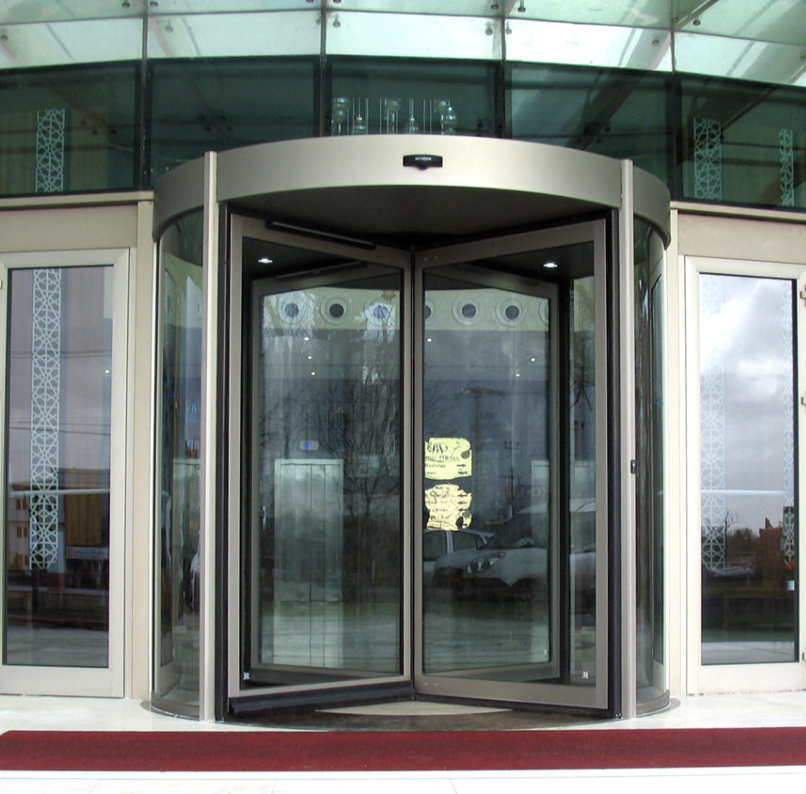 It’s hot out there, and it’s technically still spring. But the steamy weather hasn’t slowed down the revolving door, which is spinning this week with moves that would make Beyoncé jealous (not really).

There are tons of new hires, with account wins, new office openings and more “newly created roles” thrown in for good measure. So let’s put on our work shoes and walk through this week’s circular door.

180 NY has made two new senior hires, tapping Angela Kosniewski to serve as head of accounts and Alex Campbell as head of production. Both Campbell and Kosniewski will report to 180 NY president Evan Weissbrot.

Campbell joins 180 NY from his previous role as associate director of interactive production at TBWA/Chiat/Day.

In May, 180 NY hired Jason Chebib as the agency’s new head of strategy. Chebib, who most recently served as vice president of consumer planning for Diageo North America, will drive strategic planning for the agency.

Sharkey joins Big having most recently served as director of brand strategy for Zimmerman Advertising.

After a competitive review, Colle McVoy has been selected as agency of record for the fast-growing equine division of Zoetis, an animal health company. The agency will lead marketing and advertising efforts in the U.S. including strategy, creative, media planning and buying, digital, social media, public relations, event relations and design.

The unconventional review demanded that the final pitch be presented as an Effie Awards-winning case study with full narrative and category information.

Work across the portfolio is expected to launch late this year and will appeal to veterinarians and horse owners.

Customer experience agency Definition 6 (D6) has hired Noah Lerner as vp/creative director. Lerner is an Emmy Award-winning director, writer, and producer with more than 25 years of experience in film and television. Most notably, he was at HBO for 20 years, where he created on-air promotional content for legacy titles, including Game of Thrones, The Sopranos, Curb Your Enthusiasm and others.

Most recently, Lerner was a freelance creative director, writer, and producer at CBS All Access (now Paramount+), where he worked on launching the streaming service’s initial foray into the Champions League. Prior to that, he was creative director at Showtime.

DNA Seattle is adding to its senior staff with the hire of Danielle DeVera taking on the new role of director of growth. She joins the agency from 72andSunny where she was business development lead, helping the agency land Pinterest, Marriott Bonvoy, Vital Proteins, and other leading brands.

Not Your Mother’s, a haircare brand owned by DeMert, has appointed Exverus as its U.S. media agency of record, following a competitive review. Exverus will handle the brand’s paid media duties, including components of digital advertising, search, social, and direct to consumer. Exverus will work closely with the company’s creative agency of record, Humanaut.

Juliana Vilhena Nascimento has been named managing director, data and connections, for FCB/SIX, the independent creative data agency that is part of the FCB Network. She will launch the group’s new brand in Brazil.

For the last year and a half, Vilhena Nascimento was COO at FBiz, having joined the agency in 2017 as chief business officer. She also spent time at R/GA, AlmapBBDO, and was previously at FCB.

FG|PG, a woman-owned experience and fabrication agency, has hired industry veteran Phil Koutsis as its first chief creative officer. In the newly created role, Koutsis will oversee all creative and strategy for the agency.

For the past nine months, Koutsis has served as FG|PG’s CCO pro tem. He contributed to key client wins including Kestra Financial, Herbalife Nutrition and Cloudinary. Koutsis previously served as executive creative director of We’re Magnetic. Prior to that, he was svp, group creative director at Momentum Worldwide.

Independent creative agency Gut has opened its newest office in Mexico City. This is its first office in Central America and fifth in the independent network, which has offices in Buenos Aires, Miami, Sao Paulo and Toronto.

“From day one, the Mexico City office was part of Gut’s plan, so now that it has finally opened, it’s a dream come true,” said co-founders Gaston Bigio and Anselmo Ramos, in a statement.

Both managing director Camila Prado and chief strategy officer Samantha Hernández will lead the team in the Mexico City office. The creative team is made up of creative director Guido Donadio and Sebastián Regiani, and Rodrigo Del Oso and José Mario Muñoz. Diego Antonio Rojas and Diego López Olivia join the team as senior editor and senior art director, respectively.

Hanson Dodge, a Milwaukee-based creative and digital agency, has hired Zack McQuiston as account director. He was most recently innovation director at Energy BBDO in Chicago.

At Hanson Dodge, McQuiston will oversee the agency’s Utah Office of Tourism and Charcuterie Artisans’ business.

Digital growth partner Hathway has hired Kimberlee May as avp, people and culture. In the newly created role, May will oversee strategic human resources leadership and guidance for Hathway, including all people management functions.

Havoc Content has re-launched with a new vision, a new brand, and a new owner in Leslie Harro, who was already an established partner and executive producer at the production and content agency. Director Megan G. Wells has joined the Havoc roster, as has director Shamiel Soni.

Hill Holliday was awarded the Egglife Foods business this week after a multi-agency review process. Egglife Foods is a food company that uses cage-free eggs instead of flour to reimagine carb-heavy foods. The Boston-based agency will be tasked with building Egglife’s brand story, and developing an integrated campaign to support the brand’s national expansion goals. The full scope of the work includes, strategic planning and creative leadership, including digital, social and traditional channels.

“We are thrilled to work with Egglife Foods, an exciting brand and a trailblazer in a new category, ” said Chris Wallrapp, president, Hill Holliday, in a statement. “To be trusted by a smart and passionate group of people with an amazing product is a real honor. We can’t wait to help them make their mark on the world.”

The Maverick Group has hired Neame Ingram as creative director. Ingram started his career at CDP, then joined Mustoes, Publicis Chemistry before coming to Maverick.

MullenLowe Los Angeles has made several key hires, including Dave Estrada, who serves as creative director on the Corona Masterbrand account. He recently joined the agency from Apple. During Estrada’s creative career, he worked at agencies including 72andSunny, TBWA\Chiat\Day and Goodby Silverstein + Partners.

The L.A. office also recruited art director Caleb Nyberg and copywriter Peter Watson, who joined from David & Goliath. The design group at the agency added senior talent, including Fazel Sayeh, who joins from Wieden + Kennedy Portland, Rui Ma, formerly at Sid Lee and Google, and Sunny Li, who was previously at Google.

Ryan Macor has been named vp business development for Public Label Canada, a creative marketing agency, and Match Retail, a sales, merchandising and branded retail agency. The two agencies formerly made up Match Marketing Group and relaunched in December into separate agencies.

In his new role, Macor will be responsible for leading growth initiatives for the two agencies. His primary focus will be representing both agencies in Canada and unlocking new opportunities across the Canadian market, with a future goal of expanding Match Retail’s reach into the U.S. Previously, Macor was at Toronto-based Influence Marketing where he was director of experiential and digital marketing.

SSR expects to launch its first campaign with the brand in early Fall 2021. Muji is now engaged with two agencies from the MTM global specialist network. Camron has been Muji’s strategic communications agency for over five years.

Commerce and communications agency TracyLocke has appointed Tina Manikas as its new U.S. president. Manikas will focus on driving agency growth, leveraging her over 20 years of multi-category experience.

Prior to joining TracyLocke, Manikas founded and led FCB/RED, a retail and commerce agency, where she oversaw efforts worldwide.

Veteran advertising executive Mike Densmore has joined UTA Marketing, the brand consulting division of leading global talent, entertainment and sports company UTA. He will be based in New York and will serve as head of growth and innovation. In the newly created role, Densmore will be responsible for spearheading the agency’s new business efforts with brand clients globally and expanding relationships within the broader advertising industry.

Densmore most recently served as the CEO of Forsman & Bodenfors, where he launched new partnerships with brands including Hyatt, Diageo, YouTube Music and Saucony. Previously, he served as the global chief growth officer at BBH. He has also held senior positions at Droga5, Modernista! and Wieden+Kennedy, where he ran the North American Nike business.