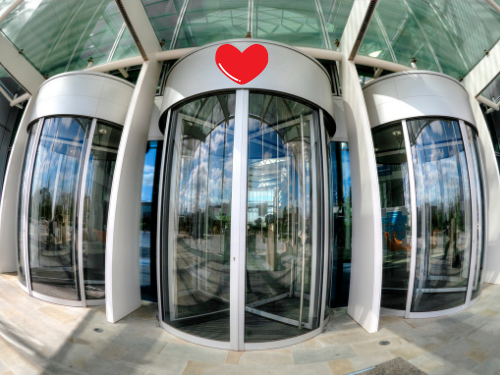 Agencies aren’t slowing down in the end-of-year season. Instead, the world’s top players are pursuing new opportunities for reinvention and expansion across new industries and verticals.

Big Village is partnering with Forsta Visualizations to enhance its deliverable capabilities on Caravan survey data. New capabilities resulting from the partnership include native PowerPoint explorable dashboards and statistical significance testing in dashboards.

Marketing agency Brandon was named by the National Association for Business Resources (NABR) as one of the best and brightest companies to work for in Charlotte, N.C. The winners were determined by an independent research firm using qualification categories like compensation, benefits and engagement and retention.

NVE Experience Agency was tapped by FX to create an exclusive shop on Bleecker Street in NYC’s West Village, celebrating the 11th installment of American Horror Story. The shop is open for a limited time and provides fans with a safe setting to immerse themselves in the world of AHS.

Rosie Labs opened up a new office in Paris this week. The location serves as Rosie Labs’ European hub, supporting its growth in the Web3 space.

Pet food brand Lily’s Kitchen chose independent media agency The Specialist Works to lead an OOH campaign. The campaign is focused on driving awareness to the “power of proper food” to pet parents, and includes activations on OOH, radio, podcasts and social media.

Valtech acquired Union with a goal of expanding its end-to-end customer experiences for enterprise clients. This acquisition speaks to the agency’s larger goal of joining creativity and data to deliver meaningful results to customers.