In another case of Reddit serving as the definitive underbelly of the internet, a post that was briefly trending has sparked a big debate about whether it is or is not an ad.

Less than a day ago, user vaskemaskine set the ball rolling with a simple post in the gaming subreddit: “Made my delivery driver’s night by showing him VR for the first time.” 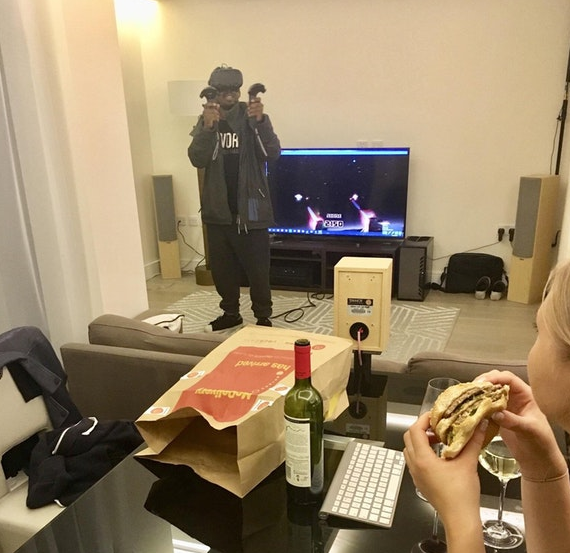 Many readers noted the strategic placement of the McDonald’s delivery in the image and concluded: this must be an ad.

As one person put it, “Wine. Big Mac. Invite delivery guy in. Take photo of him while he can’t see. Post to interweb. Weird.”

Because this is Reddit and half of the users are deeply under the influence, there were lots of conspiratorial comments about bots and placements and upvotes and a little bit of pride over the group’s ability to see through what was SO OBVIOUSLY an ad, duh.

Holy crap, these guys really, really get into it.

For his part, though, the user behind the post did a pretty good job of defending himself as something other than a soulless McDonald’s flack who posts paid ads without properly labeling them:

[He was from] Uber Eats, so I guess he had time before picking up another order. He saw my friend playing when I opened the door and said he’d never tried VR before so I invited him to try it out quickly. I never get tired of seeing people’s jaws hit the floor when they first put the headset on!

We feel somewhat confident that this is not part of some big Omnicom plan to have McDonald’s infiltrate the unsafe space where you spend hours discussing games and girls, but now that we look at all these responses we are starting to doubt ourselves.

Is this what Reddit does to people? More importantly, would this even make sense for a brand like McDonald’s??