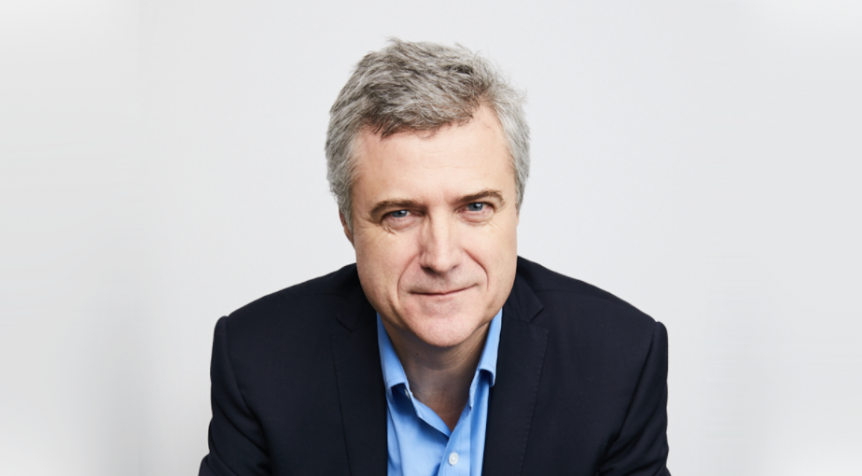 Adweek invited the CEOs of each holding company to participate in a discussion regarding systemic racism in the advertising industry and what steps they are implementing to promote diversity, inclusion and equity at their agencies. We asked the same set of questions of each CEO. Below is WPP CEO Mark Read‘s interview.

This following has been edited for length and clarity.

Mark Read: We had a call on Monday [June 1], a “safe room” discussion, on Zoom. We reached our limit of 1,000 people, so realized we needed to set up another call, which we did on Thursday [June 4]. Judy Jackson, who’s our head of culture, facilitated a call with a number of Black employees, but also a number of white employees. There were a diverse group of people on the call, including Monique Nelson, who’s CEO of UniWorld, Jon Cook, who runs VMLY&R, and Jason Harrison, who’s the CEO of Essence in the U.S.

It was obviously quite an emotional call. We discussed many of the issues that are going on, and people spoke from the heart about how they feel. I was really struck by both the depths of feeling across the company, the desire to fight racism and the desire to take more collective action. I think I summed up my reaction in a note that we sent to everybody.

Someone said on the call on Thursday [June 4] that people shouldn’t be bystanders. Certainly, I don’t want to be a bystander in this situation. I don’t believe this is the time for silence. It’s the time for action. I recognize in my role as CEO, when I talk about WPP’s purpose, I can’t be true to that if I don’t support Black colleagues that work at WPP or acknowledge the situation that they face. We want to make an unequivocal statement that racism has no place in society and no place in WPP, and at the same time commit to a series of actions that we want to take as a company.

I think it’s really important that we don’t address this just as an HR issue, that we address it as a business issue. We will be setting up a global inclusion council, which will oversee and develop a series of policies and a coherent approach that each of our agencies can follow. It can make sure that we track progress centrally. So I think that’s the key next step: establishing that council, and then we will empower that council to look at what our individual companies are doing.

What actions have you taken or decided to take in terms of addressing systemic racism within the organization?

The first thing to realize is that there are a number of things that we do already. Jackson came into her role 18 months ago as our first head of culture. I first worked with her at Wunderman, where she was our chief talent officer. She recruited Adrianne Smith as our head of inclusion and diversity. They’ve been working on programs, and we have a program called Roots in the U.K., which we’ve now extended to the U.S.

Clearly, we understand that what we’ve done to date is not sufficient. We need to take further action. I think the inclusion board is going to be charged with determining what that is and what the objectives are. I think we will measure programs by how quickly we make progress and ensuring that we have more diverse leadership teams at the top of our organization, which is a key goal.

The second thing I did was commit to write to the CEOs or CMOs of a number of our major clients. I’ve started to do that and asked them what we can do together and what we can do to help. I’ve had a very positive response from them to work with us on that.

We are relaunching our conscious inclusion training at WPP. I think that’s part of the solution. We have announced that we will be supporting any donations through a matching donation program, either through the operating companies or through WPP. So that’s really the key steps that we’re taking at a WPP level.

As CEO, how do you plan to continue to keep this a priority moving forward?

One of the things I want our inclusion board to do is improve how we collect statistics so that we can measure progress more directly. I think that is important—to have clearer metrics of progress that we’re making and how we’re promoting Black employees and what the racial composition is of our leadership team. We’ll be looking at those statistics and we’ll be holding our management teams accountable for making progress there.

If, and how, are you tracking diversity numbers right now in terms of hiring, promoting and retaining employees? Have there been conversations around doing more of that or changing the way you go about tracking these numbers?

I think that we do a relatively good job at tracking the percentage of our people from different racial groups at different levels in the company. I’d say we need to do a better job at looking at applications and promotions and really measuring progress.

What do you mean by applications?

Have there been any conversations around potentially making some of this information public? For transparency purposes and to hold the industry accountable?

I think that’s something that we would consider.

Do global head of culture Judy Jackson and global director of inclusion and diversity Adrianne Smith report to you directly or do they report to HR? Have there been discussions around changing the way their roles operate?

Judy Jackson reports to Jacqui Canney. Jacqui’s our global chief people officer. She joined us from Walmart, where she had the same role. I think that Judy, Jacqui and Adrienne work very closely together. I obviously know Judy and worked closely with her when she was at Wunderman. We have people in similar roles in most of our major operating companies. Most of those are relatively new appointments. Judy’s building a team and a group of people across WPP who can drive change through our companies.

Do you plan to further invest in and hire Black talent moving forward? How will you go about doing this?

We supported Keith Cartwright and his new agency. That’s a pretty good concrete example of what we’re doing. Monique Nelson is the CEO of UniWorld, a minority-owned business. So I think that we need to support businesses like that.

Our inclusion board is not an HR silo; it needs to involve HR, but it needs to be much broader. It needs to look at every aspect of the way we do business. It needs to look at how we hire people, how we promote people, where we invest and the type of work that we do. It needs to make sure that we don’t perpetuate racial stereotypes through our work, and it can also embrace, through the pro bono work that we do, more positive action. It was a while ago, but JWT did work for Black Lives Matter and produced a website for them that supported and promoted Black-owned businesses.

We already do a lot across WPP, but I don’t in any way want that to let people think that I think it’s sufficient. It’s clearly not sufficient and we need to do more.

What percentage of leadership roles at WPP’s agencies are held by Black people? How are you planning to address that moving forward?

Michael Houston is a Black man who runs Grey for us globally. We do have a number of senior Black employees, but clearly, we need to have more. Our industry needs to have more. The last week has been a wake-up call for all of us to do more, both in the short-term and the long-term. I think the real test is: Can we build a sustainable program that over time will make a meaningful difference? That involves tackling everything, including internships. We’re launching a virtual internship next week. We’ve had a special outreach to go to HBCUs to seek candidates from there so that we can make sure our internships are diverse as well. There are a number of different actions we need to take, but also measuring and monitoring performance statistically is important.

Diversity, inclusion and equity are all things we’ve talked about in the industry for quite some time. A lot of progress has been made, but at the same time, conversations from the past few weeks show that it’s has been too slow and not enough has been done. How are you ensuring Black employees, both inside WPP but also across the industry, should believe what you’re saying and can trust that change will really happen? Are you putting anything in place to hold yourselves accountable?

I think they just need to look at what we do over a period of time. That will be the test at the end of the day.

Is there anything else you want to bring up?

One observation I would make is about the note I sent on Tuesday [June 2]. Normally when I send a note out to everybody at WPP, I get five or 10 replies. I probably had more than 100 people write to me after the note I sent on Tuesday. This topic clearly strikes a chord, not just in the U.S., but globally. Racism is not an issue that is centered only on the U.S. This is a global challenge.

For WPP, it is something we need to tackle all over the world. The replies I got were from all over the world as well, not just from Black employees, but white employees and other races saying, “This is an important issue.” The situation in the U.S. is touching people around the world and pushing this issue rightly up the agenda. I do hope that this will be a sea change moment and we won’t go back to the way things were before and that it really will lead to concrete changes. I need to ask our global inclusion board to look at both the policies and programs we need to enact, and also think about targets that we can set either in private or in public to hold us accountable for making progress and seeing how we’re doing.