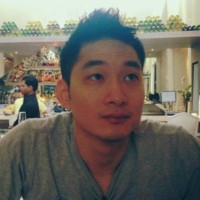 Publicis has a new strategy lead for global client Samsung.

The holding company hired Ed Tsue as chief strategy officer for One Publicis Team Samsung, its dedicated unit for Samsung, responsible for leading the global mobile portion of the business.

Tsue arrives from Anomaly, where he spent over three and a half years as group strategy director and managing director, leading strategy on work such as Coca-Cola’s 2018 FIFA World Cup global campaign and Disney/Avengers partnerships. He also served as a creative and executive producer on “The Last Mile” short for the 2020 Tokyo Olympics.

Prior to joining Anomaly, Tsue spent around four and a half years as deputy head of planning at BBH China in Shanghai, working across clients including ABInBev, Audi, Coca-Cola, Goodyear, Google and Samsung, as well as on business development efforts. He also has previous experience at CP+B, Saatchi & Saatchi, Sapient Nitro, TBWA\Chiat\Day and Unilever.

Samsung expanded its relationship with Publicis Groupe in July of 2018, when it named Leo Burnett as lead agency for its global visual display business (which you might know as “televisions” or “TVs”). Publicis previously defended the account following a 2014 review.