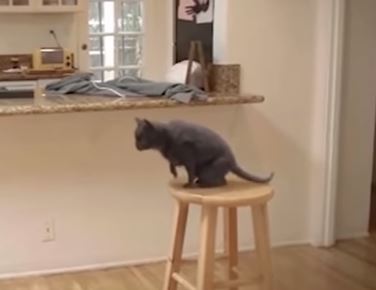 UPDATE: After this story initially ran, PETA contacted us to claim that they did, in fact, work with Havas on this project.

According to a spokesperson, the organization had two separate contracts: one regarding the initial video pitched to Mashable and one regarding the behind-the-scenes follow-up (both of which have now been combined to form the YouTube clip below).

The spokesperson specifically denied the claim that Toygar Bazarkaya worked on the campaign as a personal project outside his responsibilities as chief creative officer.

We will update this post as more developments come in.

Earlier this week, though, the group pulled a move that led Mashable to write, “PETA has hit a breathtaking new low.”

It seems that PETA wanted the pub to run an uncritical story about its latest video, which appeared to feature a man abusing his cat in an attempt to get it to do stunts for YouTube clicks. This is, of course, a real phenomenon—but the video and the cat itself were both very fake.

According to Mashable’s account of the PR pitch, “The agency that created the video for PETA planned on anonymously releasing the footage early next week via YouTube and said it wants media outlets to cover the video without mentioning that it’s fake.”

Only THEN would the organization reveal the truth: that this was a stunt contrived to protest the treatment of animals in circuses and convince consumers to stop visiting them. Here’s the full video.

PETA’s subsequent press release says, “An outside ad agency created a hyperbolic parody of circus and Hollywood training. The agency’s idea was to launch the campaign by releasing the ‘abuse’ video first and then releasing a second video to create a serial narrative with a surprise ending. We knew the ad agency’s PR company was looking for a partner to promote the videos, with the goal of getting people to be outraged about what was being done to a fake cat.”

But Havas claims PETA is not and has not been a client.

“This was a personal project championed by our former chief creative officer,” said a Havas spokesperson. “The core values of our agency are honesty and transparency; anything that passes as fake news is not consistent with our guiding principles.”

That’s in reference to Mashable’s perception that PETA was essentially asking the publication to be complicit in its deception of readers. This was never an earth-shattering story, but the duplicity of the approach touches a nerve in our “fake news” era.

The PR company in question is Press Kitchen, which almost exclusively represents production and post-production companies (but not Havas, PETA or Rhythm & Hues, the animation studio that handled the CGI). They referred us back to the animal rights org’s statement.

So it seems that Bazarkaya decided to work on this PETA project while still employed by Havas for whatever reason and may have gotten some fellow employees to collaborate along with the people at Rhythm & Hues. And it’s pretty clear that the “ad agency” PETA references in its statement is indeed Havas, even though they claimed not to have worked on the project in any official capacity.

As dog owners and animal rights supporters, we find the whole thing to be convoluted, dishonest and annoying.