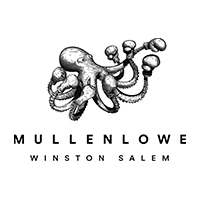 The Winston-Salem office of MullenLowe has gone through its second recent leadership change with the departure of president Brad Higdon. SVP, chief strategy officer Shaun Campbell Stripling is currently leading the team in his absence.

Higdon joined the North Carolina locale last May as head of accounts; he had previously run the ubiquitous Geico business for The Martin Agency. Approximately 6 months later, he got the promotion to president as the office made several leadership changes.

Taylor Bryant, who had been president for almost three years, moved into a new role to lead a newly-launched B2B practice as the office parted with longtime creative lead Jason Black and promoted Christy Blain, David Olson and Scott Stripling to VP/group creative director in his absence.

In an interview right after the announcement, MullenLowe US CEO Lee Newman discussed the B2B unit and said, “The idea is that each office would have its own flavor and client roster and be able to go out and win business on its own. Brad has energized the place and brought some new client opportunities that are really exciting.”

An agency spokesperson confirmed that Higdon is no longer with the agency but declined to elaborate.

Multiple parties tell us that the decision was not mutual, that Stripling is effectively serving as interim president, and that the reason for the shift goes back to former client USAA’s decision to consolidate its entire account with Publicis last October. Readers will recall that creative and media duties on USAA went from Campbell Ewald to MullenLowe several weeks after news of the “Ghetto Day” scandal felled the former agency’s CEO. The business later went into review, and Publicis won thanks to its “keep things cheap” strategy, better known as “Power of One” or, in the client’s words, “a single-supplier model.”

MullenLowe’s Boston, Winston-Salem and San Antonio offices, which had been handling that business, went through a round of related layoffs in January. Some parties told us at the time that the loss was expected, but it still unfortunately led to many people losing their jobs.

Higdon spent more than a decade with The Martin Agency in various accounts roles before making the jump to MullenLowe last year.

Earlier this month, the agency lost another president at its Boston headquarters as Geoff Cottrill departed after one year. Agency PR did not comment on his move either, but it came only days after he called out IPG client McDonald’s in a post on his personal Facebook page for allegedly copying the work of several Brooklyn graffiti artists without their permission.