“There’s a stigma associated with mental health. We were trying to tell these stories in an effort to normalize this and make the conversation [destigmatized],” MOD CEO John Stanley, who also serves as a board member of Quell Foundation, told AgencySpy.

Stanley explained that his involvement with Quell Foundation dates back to when the organization was just getting started and he met with founder Kevin Lynch.

“30 minutes into the meeting we were crying,” he said. “We emotionally threw up all over each other.”

Stanley explained that while the documentary has previously been shown across college campuses throughout the county, this was the first time it had reached such a wide audience all at once. He added that it tied in with CVS Health’s efforts to make mental health a greater focus.

MOD also created a commemorative pair of Air Jordan sneakers for CVS Health evp Karen Lynch, intended to signify her commitment to placing equal importance on physical and mental health and all those she’s helped in the process. (Stanley clarified that this was not an official collaboration with the Air Jordan brand.) 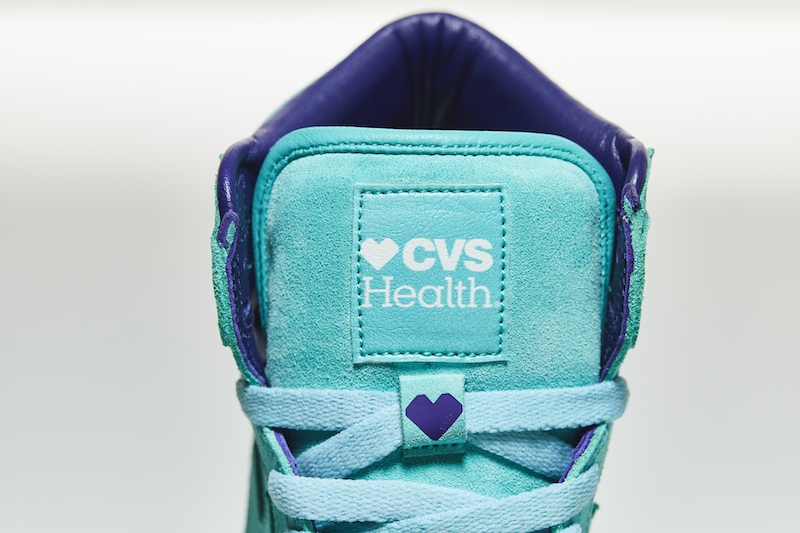 Stanley said the need for mental health awareness and suicide prevention has only been heightened by mental strain caused by the pandemic.

“There is a need for this now. A lot of folks working from home were insanely productive the first 60-90 days and now are feeling these residual affects. Things are bubbling up,” he said. “I feel there’s a mental health tsunami. People are struggling, they’re unsure, they’re pissed off. I haven’t hugged my mother in months. We actually need human interaction. This is absolutely needed now.”

MOD is currently working on a follow-up to Lift the Mask focused on first responders and the trauma they’ve experienced during the pandemic. Stanley anticipates a release sometime next summer or fall. MOD also plans to pursue another documentary focusing on the mental health challenges faced by college athletes.