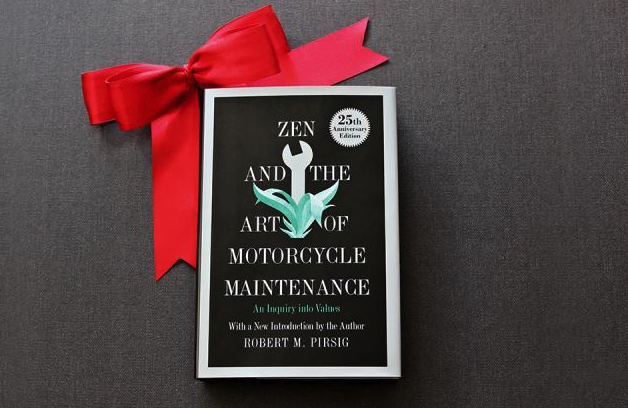 Call it a PR stunt, but we’ll take it.

Last year, Hill Holliday won BMW’s motorcycle business, pushing out incumbent M&C Saatchi LA in the process. But there appear to be no hard feelings, as the two agencies are publicly lavishing each other with praise on social media.

It all started last week when M&C Saatchi LA handed over the reins on the account to Hill Holliday by sending a copy of “Zen and the Art of Motorcycle Maintenance,” a popular book written by Robert M. Pirsig, to the Boston-based agency. The gesture was well-received by Hill Holliday, which promptly posted the gift on its Instagram along with a message of thanks.

M&C Saatchi LA even brought some levity to the post, commenting: “Ride it like you stole it.”

It’s our turn to #MakeLifeARide 🏍🔑 thank you, @mcsaatchila for the well wishes! We’ll take good care of @bmwmotorradusa

To be fair, both agencies might have a soft spot for one another, as they’ve both been through the wringer as of late. After losing longtime client Dunkin’ Donuts two years ago, Hill Holliday suffered another blow when Planet Fitness moved its account over to Barkley.

Meanwhile, M&C Saatchi LA went through a round of layoffs last year, which its partner and managing director Rebecca McGough said were the result of restructuring to “better meet our clients’ changing needs.” The agency also lost its longtime CEO Huw Griffith to a battle with cancer last year.

The larger M&C Saatchi network is also in the midst of an accounting scandal that recently led to the boardroom departures of three non-executive directors as well as co-founder Maurice Saatchi.