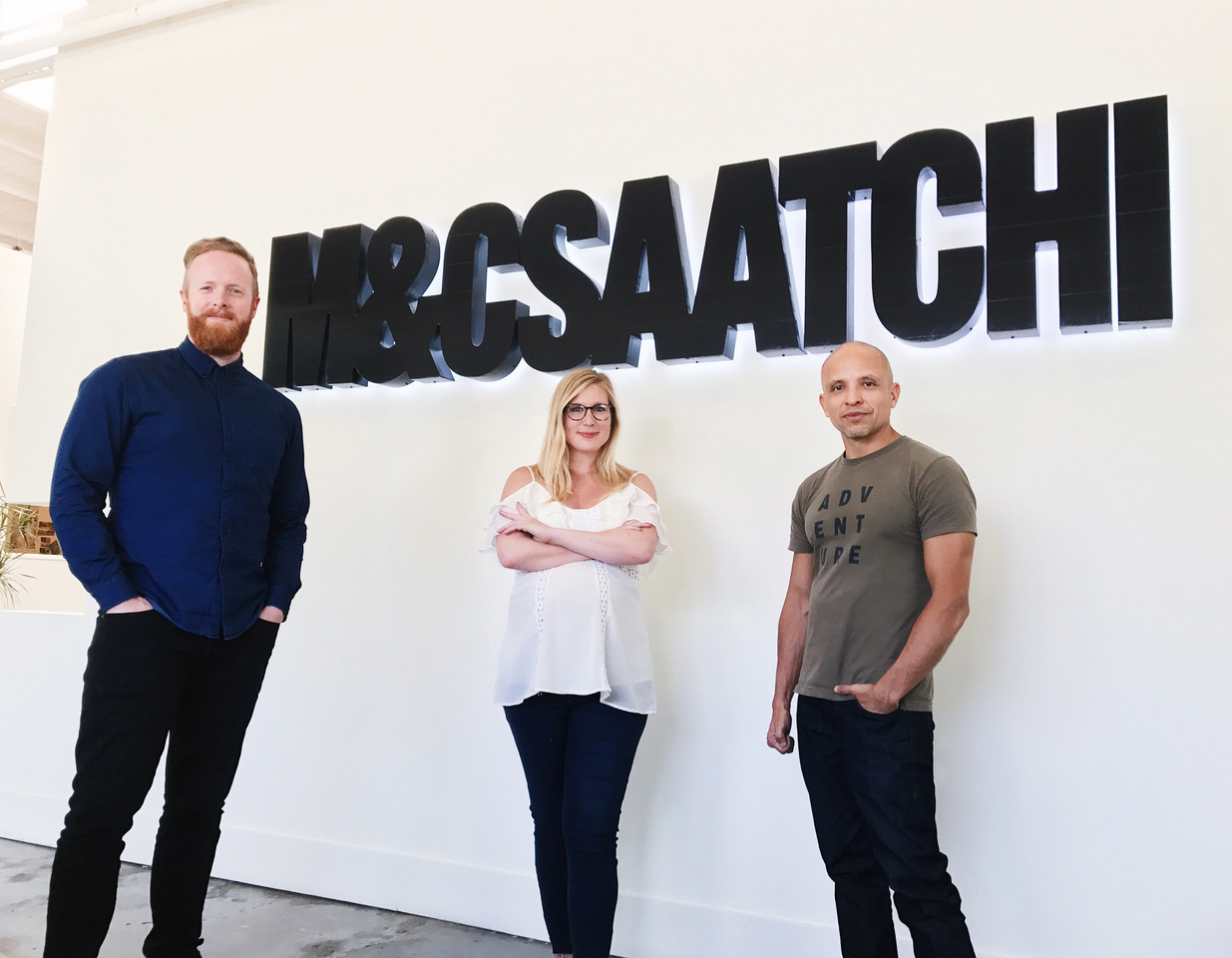 Ron Tapia will now serve as creative director, while Mike Wilton and Rebecca McGough will move into managing director roles.

Tapia (pictured, right) joined M&C Saatchi as an art director back in early 2007, following two years in that role with David&Goliath, where he worked with brands including Kia, Bacardi, Universal Studios and The Travel Channel. Since joining M&C Saatchi he has worked with such brands as Reebok/Crossfit, BMW Motorrad, Ketel One, Three Olives Vodka, and San Diego Zoo, for which he worked on the recent “Africa Rocks” campaign. He earned an associate creative director title before his most recent promotion.

“Ron has raised the creative bar at the agency year after year,” M&C Saatchi L.A. executive creative director Maria Smith. “He’s an incredible talent and a tireless leader, and the agency wouldn’t be what it is today without him.”

McGough and Wilton will be responsible for the day-to-day running of the agency as managing directors, working closely with Smith, M&C Saatchi CEO and partner Huw Griffith, and chief strategy officer, partner Kate Bristow.

“This team has exceptional talent and a genuine passion for the business and the agency. We are thrilled to see Rebecca, Mike, and Ron take on bigger roles helping us to continue to shape and grow Los Angeles,” Griffith said in a statement. “They are essential voices in our future success.”