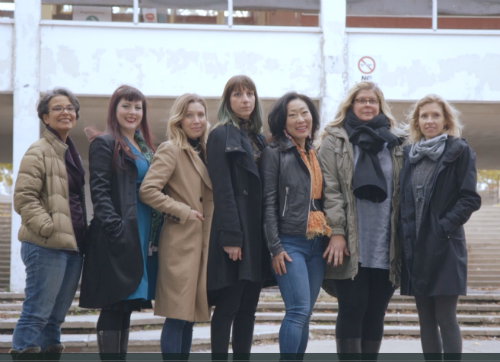 “Lunch is almost 9 years old and part of the model has been really being agile and being able to reinvent ourselves and form almost like Voltron around our clients based on what they need,” Miranda said in a statement. “However, this year was different, for a number of reasons. A lot of systems are proving to be ineffective in the world right now. Right down to capitalism and how businesses are run, and the political climate has definitely had an impact on how everyone is feeling, so I noticed it was taking a toll on our creators, both women and men.”

“We have always done business differently and been transparent with how we work, but I think a lot of things were spelled out this year. The inequality, the lack of diversity, the issues with the standard model of business. Advertising has always been a business that has been male dominant and this year I started to really notice it more and more, and it caused me to look at what we do, and how we do it. Same goes for the business side,” she added. “I started to think about the whole model. How could I adjust to not only give more women more opportunity but how could I also change the model to benefit the creators making the magic happen.”

“I’ve had a lot of relationships with female creative leadership, but I’ve always been the one at the helm at Lunch. So I started to look at my own teams and whether I was doing the best I could, and I realized I could do better,” Miranda added. “However I’ve also always been a huge supporter of being transparent and fair with our teams and creators…So not only did I want to reinvent the model to do what I could to lead the charge with putting an all female leadership team together to lead different verticals, I also wanted to make the model more attractive because with talent there’s attrition. ”

In addition to its all-female leadership team, Miranda said that the new model also provides senior creatives and leadership “the ability to benefit from the work they attract and bring in. I was compelled to put a stake in the ground, not just for us but for the industry. To say, here’s a way to do it. I felt a compulsion to do something that would hopefully inspire others to think the same way.”

“I also wanted to do something about the amount of creative content being produced for women, that is not being produced by women. Sometimes women aren’t even touching the work yet it’s being made for them as consumers,” she added.

Lunch 2.0 also includes a “code of conduct on the #MeToo movement,” of which Miranda said, “I am a survivor myself and do work with women recovering so it was also a personal commitment from me, that I was going to provide a safe space for everyone. Our male collaborators have been incredibly supportive, when I shared with them what I was planning to do, their response was ‘Great!’.”