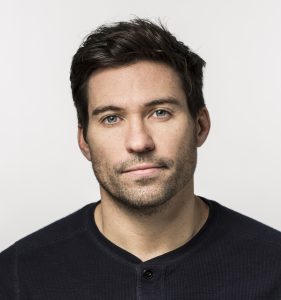 BBDO has lost one of its more prominent creative directors in what amounts to a minor coup for the much smaller but growing cross-town shop Joan.

The incoming executive spent more than 6 years at Omnicom and most recently oversaw creative on the Foot Locker, priceline.com and Guinness accounts.

Lucey will report to co-founders Jaime Robinson (CCO) and Lisa Clunie (CEO). He worked with Robinson at the agency Mad Dogs and Englishmen, which closed in 2005 before a comeback one decade later.

In her statement, Robinson noted that she has known Lucey for 20 years and “always had a strong feeling that one day we would work together in a significant way.”

“Building the creative department of Joan is absolutely paramount to our success and Dan is someone I trust implicitly to help me do that,” she continued.

Lucey led Google and Comcast for GS&P before joining BBDO and previously worked at Saatchi in New York as well. His work has earned most major awards, with special praise reserved for the 2013 Guiness spot “Wheelchair Basketball.”

In explaining his move, Lucey cited Joan’s “infectious energy.” “The agency they have created is incredibly special, which is clear by the way clients have embraced it, and I know we will do amazing things together,” he said.

A BBDO representative told us members of Lucey’s team and others in the creative department will lead the Foot Locker account moving forward.

“Dan is a very talented creative and one of the nicest people on the planet,” said CCO Greg Hahn. “It’s no surprise another agency might want him. He’s done great work for our clients for the past six years. We wish him the best.”

If anyone were asking, we might also call him very handsome.