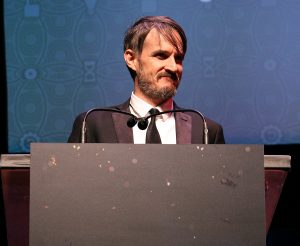 Jeff Kling, the creative director behind “The Most Interesting Man in the World” and other classic campaigns, will soon launch his newest venture.

According to two parties with knowledge of the matter, Kling has been hard at work in the DUMBO area of Brooklyn on a project whose additional partners include former Barton F. Graf executives Barney Robinson and Laura Janness.

Robinson and Janness announced their departures from BFG in April, less than a month before Kling officially stepped down from his job as chief creative officer at Fallon and moved to New York to “take some chances professionally,” as he wrote in an internal memo at the time.

Both BFG executives played key roles in getting that company off the ground after namesake Gerry Graf exited Saatchi & Saatchi and moved to start his own business. Robinson, who spent the previous 14 years with BBH New York, was a co-founder while Janness came aboard from Deutsch soon afterward to lead strategy. Both became partners in BFG.

When Adweek spoke to Kling about his departure from Fallon in May, he declined to elaborate on future plans. He has not responded to messages asking for comment on the new project.

A spokesperson for Barton F. Graf declined to comment today.

Kling has worked on some of the most acclaimed campaigns of recent years, whether co-creating the work that made Dos Equis famous or running Miller High Life for Wieden + Kennedy. In a 2005 interview with Adweek, he called that very work “overrated,” adding, “It’s ridiculous that we’re even discussing advertising. I guess it’s a necessary evil.”

His reputation precedes him; since news of his leaving Fallon first broke, several people have inquired as to the nature of his next project. Specifics regarding the soon-to-launch company and any clients it may have are unclear at this time, but we can expect more news to come.